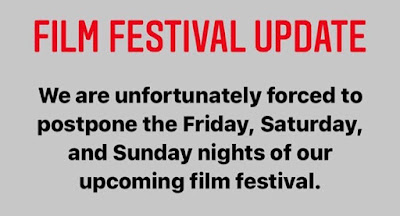 Updated 2 p.m.: Green Thumb now says that MoRUS can complete the last three nights of the festival on Oct. 2-4.

The four-night MoRUS Film Festival is now down to one evening.

According to a MoRUS spokesperson, the NYC Parks GreenThumb, citing COVID-19 concerns, are now prohibiting the screenings Friday through Sunday at the Peachtree Community Garden on Second Street.

MoRUS is refunding tickets for those nights.

Tonight's screenings at Le Petit Versailles on Second Street near Avenue C are still a go:

A lively, living mixed-media series of shorts featuring films from 1930s to 1970s. In keeping with Le Petit Versailles' legacy of creative disruption, the evening will include avant garde movies such as "Killers of the Insect World" and "Woody Woodpecker & The Termites from Mars" with live sound by LeLe Dai aka Lullady, a radio collage soundtrack by Jeanne Liotta and live soundtrack performances by Pinc Louds and by Richard Sylvarnes.

The viewing for these screenings will be on the sidewalk outside the space.

This was the eighth annual Film Festival for the Museum of Reclaimed Urban Space, which archives urban activism from 155 Avenue C.