Lui's Thai Food will not be reopening 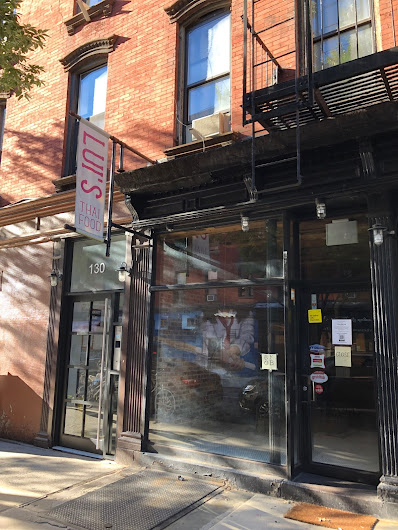 While Chef Lek was discharged from the hospital, she will continue to need medical treatment. And sadly, she has had to permanently close her restaurant at 128 E. Fourth St. between First Avenue and Second Avenue.

She opened Lui's in 2013 after running Holy Basil on Second Avenue near Ninth Street.

Lek has a cheerful disposition and laughs a lot. As I am leaving she tells me, "Eat, then dance. Have fun!" 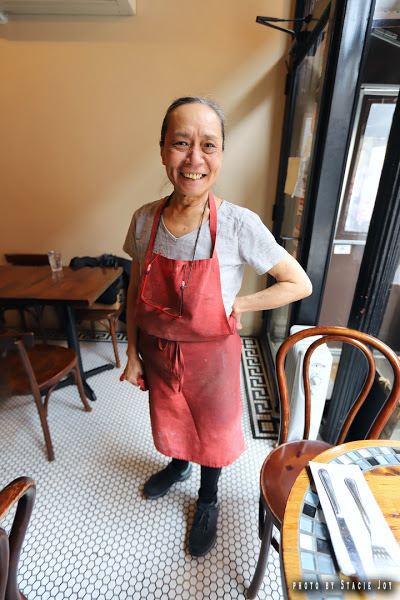 Lek's friends and neighbors launched a crowdfunding campaign several weeks ago to help her and her family with expenses. You may find the GoFundMe link here.

This is sad news. I loved this restaurant and shared many dates here with my ex-boyfriend. I still continued to visit even after we broke up because it was that good. The interior is quaint, charming and truly offered some of the best Thai cuisine I ever ate. Our neighborhood, like others, loses yet another beloved place. My best to the owner and her family. May she feel better and know her food and presence will be missed.

I'm very, very sorry to hear this. She has such a beautiful smile and lovely disposition!

I wish Lek the best of health, and thank her for what she means to this community. Peace and blessings to you, Lek, both now and in the future.

This news joins the loss of The Stage and Gem Spa on the Mount Rushmore of East Village losses. Any suggestions for the 4th most depressing closing?

Most depressing of the last 10 years?

2nd Ave Deli, La Focacceria, Kurowycky Meat Market & Gaia Cafe. Lui's is not far behind. It's a massive loss. The best thai in the neighborhood & it's not even close. That duck breast with the red curry...for less than 20 bucks was as close as you can get to flying near the sun.

I'll miss Lek dearly. Thank you for everything.

Omg. I can't. This is the best Thai I've had in the hood. Lek is such a wonderful woman.

So incredibly sad to hear this. My Dad visited me from England in 2018 and Lui’s and Odessa were his favorite places he found while exploring where I live. He passed away in June, so these two closing sting just that much more.

This is devastating. Had so many great dinners here. I dream about that crispy duck dish. Sending well wishes to Lek

So sorry to hear about this and wishing Lek better health soon!