These 2 buildings on Avenue A are getting taller 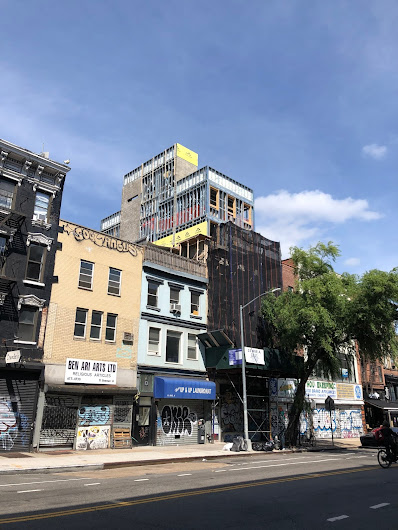 The two-story extension has come into view in recent weeks here at 15 Avenue A between First Street and Second Street (if EV Arrow can help)... 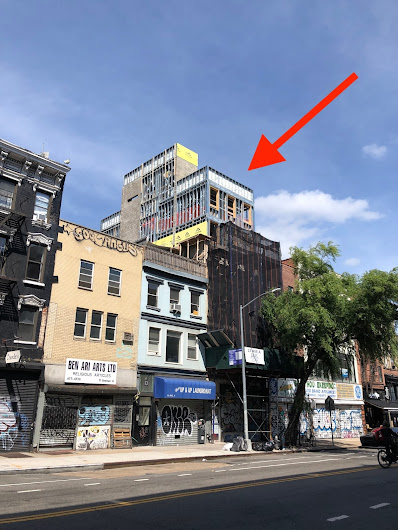 As previously reported, there are approved plans on file with the city for a gut renovation and extension of the currently vacant building. No. 15 is receiving two new floors, moving from four to six... with five residential units (likely condos) in the making.

The new retail tenant was expected to be a wine bar from Bushwick-based pizzeria Roberta's. No word if that is still the case. 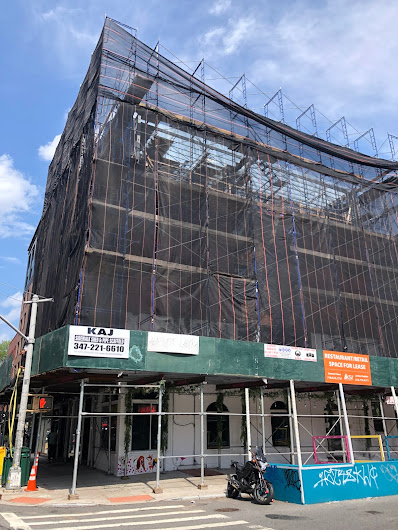 And that floor is coming into view (depending on where you're standing...) 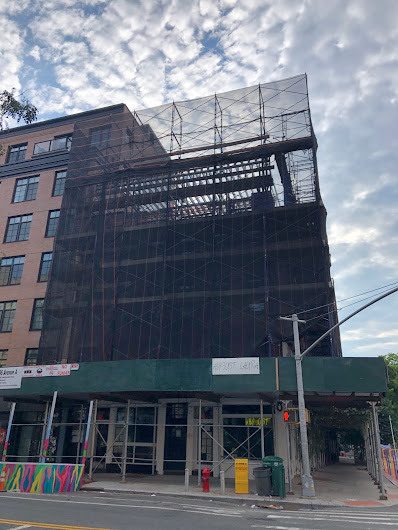 The retail tenant on the ground floor, the bar-restaurant August Laura, is open during non-construction hours.

Other recent Avenue A extensions include No. 202.

Email ThisBlogThis!Share to TwitterShare to FacebookShare to Pinterest
Labels: 15 Avenue A, 94-96 Avenue A

Would love to know the names of our local legislators who are approving these real estate development projects on the LES.