Renovations under way at the Standard East Village

Among other things, the Standarders plan to close the second-floor bar/terrace to convert it to a guest room (with terrace). Or maybe a gym. The hotel will also expand the lobby and take over half of the current garden space that lines East Fifth Street. There will also be a lobby garden (with soundproofing). And an outdoor cafe along the Cooper Square side.

So some of this work has apparently started... 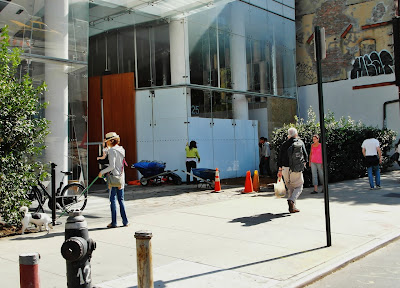 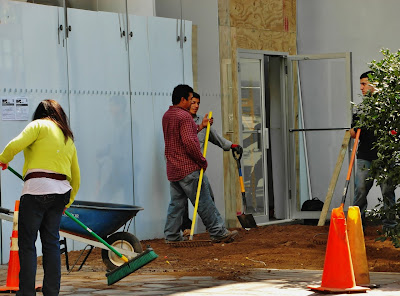 [Above photos by Bobby Williams on Friday]

What served as the lobby is now closed ... this space will be part of the cafe (if we read the plans correctly)... 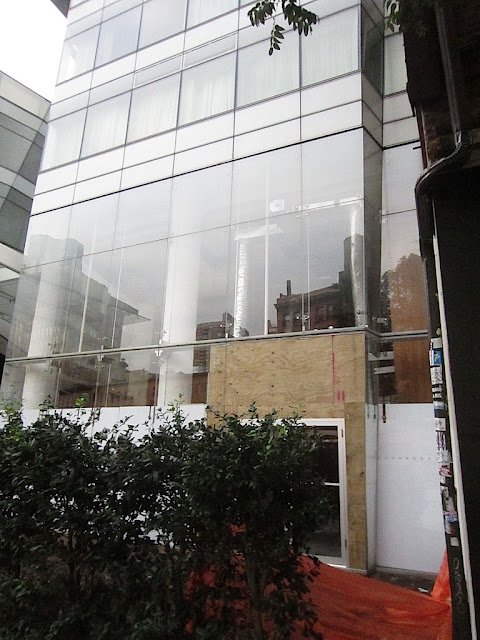 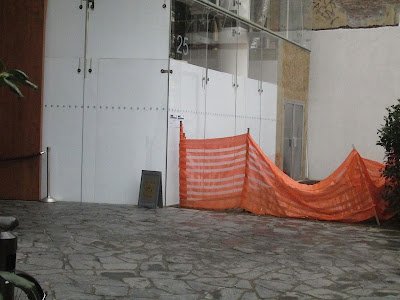 Looks like check ins are currently taking place in the area where the bar was to the left of the front entrance.  Eventually the lobby will be accessible via East Fifth Street.

Eater has more on the revamp from a CB3/SLA meeting in May, where hotelier Andre Balazs received approval for the changes:

Balazs wants to move the lobby into the garden space, so that 60 percent of the outdoor space will now be indoors. This is all part of a plan to reorient the ground floor and entrance of the hotel. The bar addition will actually be a small service bar measuring 16 feet by eight feet. There will also be about 18 stools for guests, but this is not going to be a monster lounge.