Workers have reached a ceremonial milestone in the construction of the 12-floor building along the former 9-17 Second Ave. ... officially known as 21 E. First St. now. 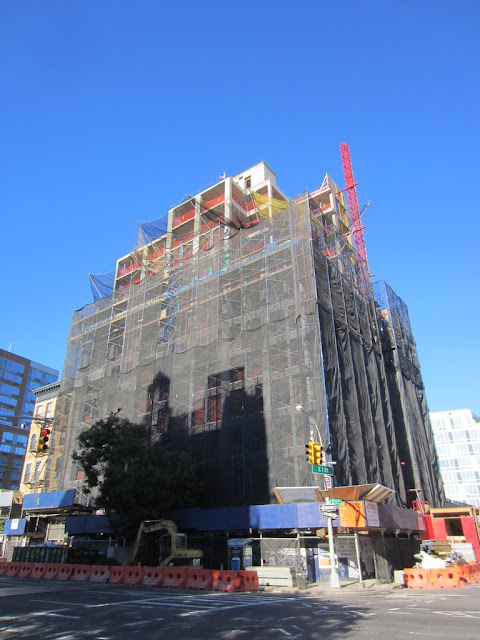 They're up to 12 floors. And on Saturday, workers planted the flag atop the building... 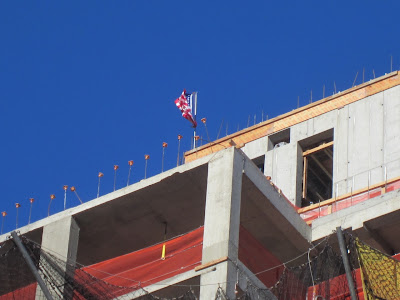 A few more views... (the handy arrow points to the 12th floor on the East First Street side ...) 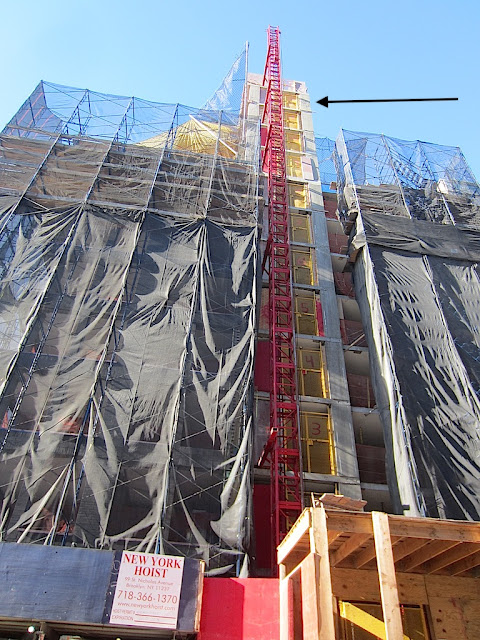 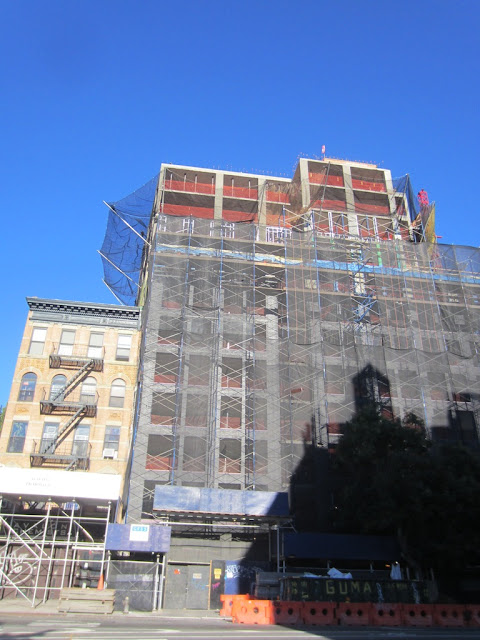 A view from East Houston... 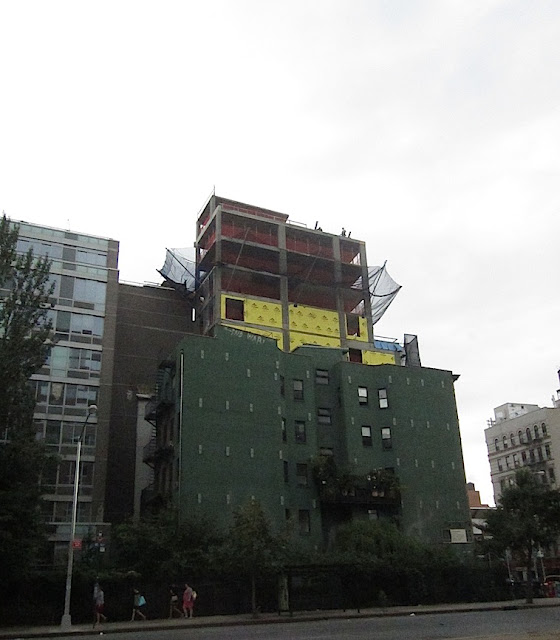 ...and on the ground floor, on the plywood, keeping the memory of the Mars Bar alive... 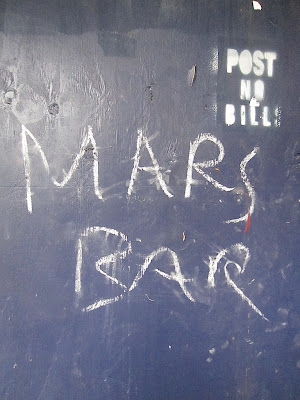 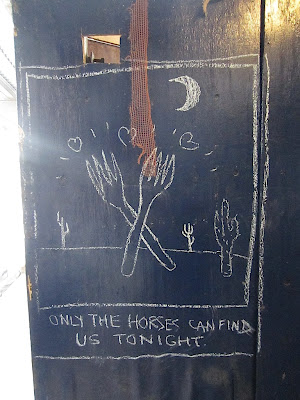 Previously.
Posted by Grieve at 6:47 AM

Thank you. I found the arrow to be quite handy.