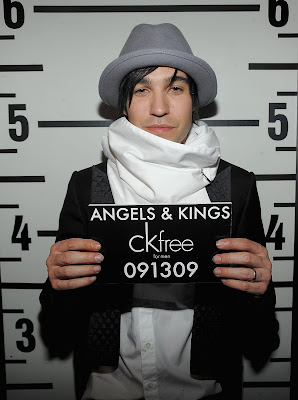 We noted yesterday that 7-Eleven (and maybe some other franchise?) was taking over the space previously held by Bar on A at 170 Avenue A and the adjacent Angels & Kings at 500 E. 11th St.

Aces & Eights Angels & Kings quietly closed in late April... a fact that no one reported on for several weeks.

Quite a contrast to when Angels & Kings swaggered onto the scene in the spring of 2007 with the requisite UrbanDaddy d-baggery:

Launched in part as a hangout for the members of Fall Out Boy, The Academy Is... and Gym Class Heroes, Angels and Kings — or AK-47, as the kids are calling it — is your chance to sip a cheap bottle of beer and chat up attractive TRL aficionadas.

To no surprise, that premise eventually fizzled. And it maintained its status as yet another bar to avoid in the neighborhood, the kind of place Yelpers grumbled about because of "hearing some d-bag nyu student show off his AWFUL rendition of 'The Humpty Dance,' or watching this Finnish girl sing 'Mambo No. 5.'" And don't forget the beer pong tourneys!

By last fall, the space was being used to show Penn State football games on Saturday afternoons (and the Steelers on Sundays!).

In January, the CB3/SLA gave the OK for the people behind Keybar on East 13th Street to take over the Angels & Kings space and open a bar-restaurant serving Hungarian food. We never heard what happened to those plans.

This past summer, we noticed that the building's super started using the entryway to store trash and recyclables... 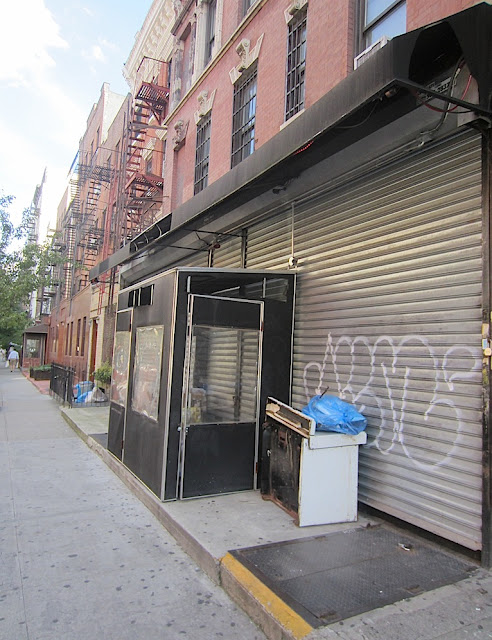 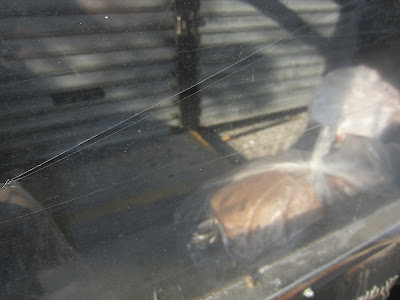 And people took notice that this was a good space for trash. 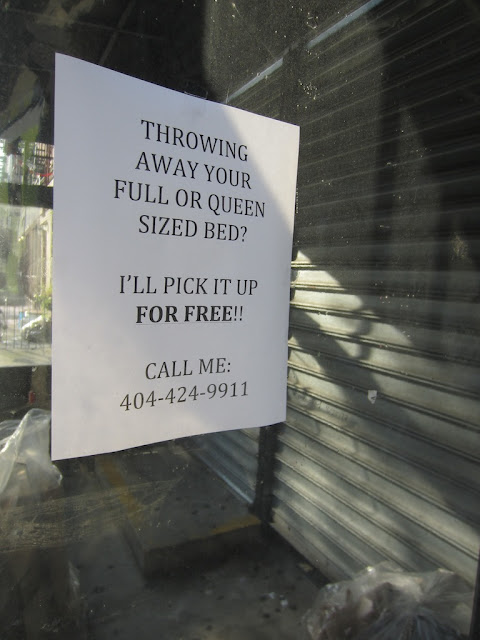 Anyway, the space is now in plywood hell, resigned to another life of suburbia hell, this time as a 7-Eleven. 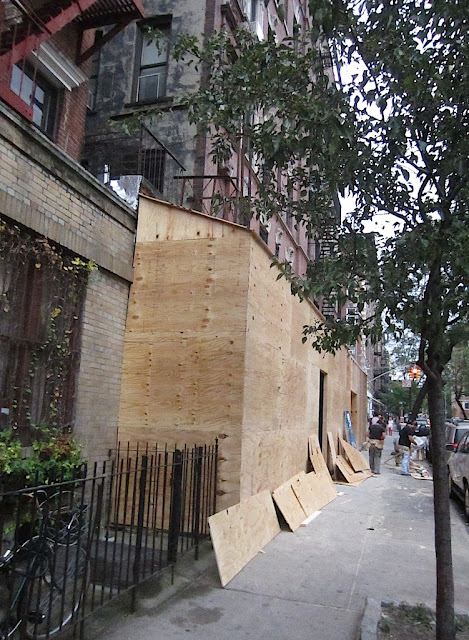 Email ThisBlogThis!Share to TwitterShare to FacebookShare to Pinterest
Labels: Angels and Kings

Is it weird that I find it more EV-grievous when they're on streets? I mean, any 7-Eleven's pushing in are bad, but on the avenues, they don't bother me as much, relatively speaking. It somehow feels like you would see things like that on the huge avenues. But the streets are so much more quaint, residential, and pretty. To have that beacon of hopelessness shining on it is really pretty nasty.

Why is Pete Wentz dressed like Sarah Jessica Parker?

that doorway was not just for trash. A homeless person was using it as a home for a bit. The speed at which they put up the plywood (and painted it blue) outside of AK and BaronA is astonishing. Is it really gonna be a bright 7-11 sign on 11th and on A? Ugh!