Flooding KOs the Local 269 for now 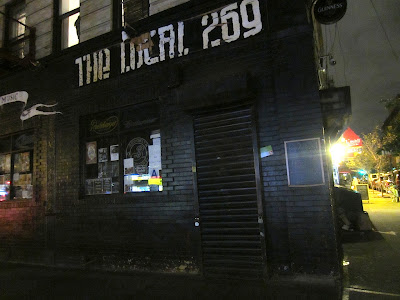 Several readers let us know that The Local 269, the nice little live music venue on East Houston and Suffolk, is temporarily closed. 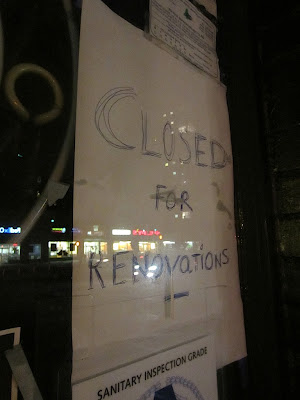 A band playing at 269 later next week noted on Facebook that their show "has been canceled due to a flood at Local 269 that destroyed their sound system."

Last week, BoweryBoogie reported that 269 E. Houston, the six-story apartment building where the Local lives, is for sale. Current asking price is $9.95 million. The Massey Knakal listing notes that the commercial unit is leased out through December 2013.

The Local 269 space was previously home to Meow Mix and Vasmay Lounge. The Local opened in February 2009.

Email ThisBlogThis!Share to TwitterShare to FacebookShare to Pinterest
Labels: the Local 269

I have always wondered about that spot. Is it a good joint? Good bands? I look at their listings from time to time to see if a band jumps out at me, but I have never had a reason to stop in...

I use to live near by and would sometime frequent the local water spot a couple months ago and overheard one of the bartenders saying that the owners have moved out of the country sometime ago and have been trying to run the business from afar. Recently they were having a hard time making ends meet and paying their bills/ liquor distributors and I once see the manager carting in cases of beer from a local bodega. I would't be surprised if maybe they were shut down due to that.