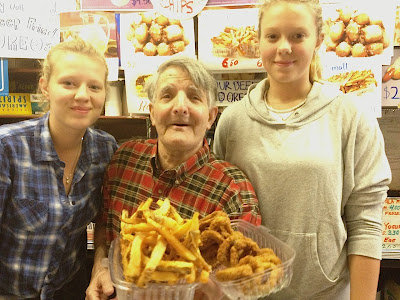 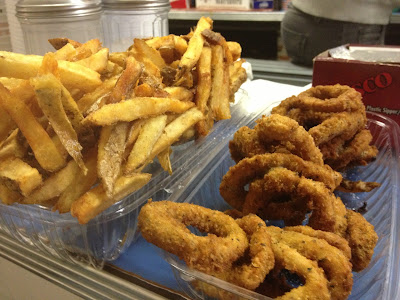 Meanwhile, reliable sources say that Ray has also been testing out a fish-n-chips platter... Updated! Ray has unveiled the fish and chips too... with a sign like no other, via Dave on 7th... 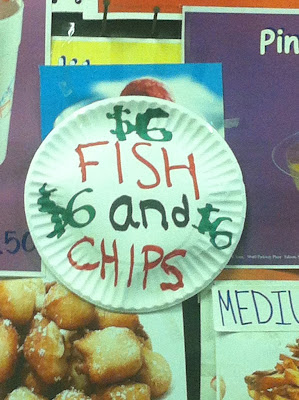 A quickie progress report on L'Apicio, opening on East First Street in the Shoppes at Avalon Bowery Place ... chairs and tables have arrived... 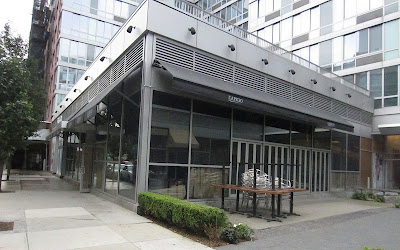 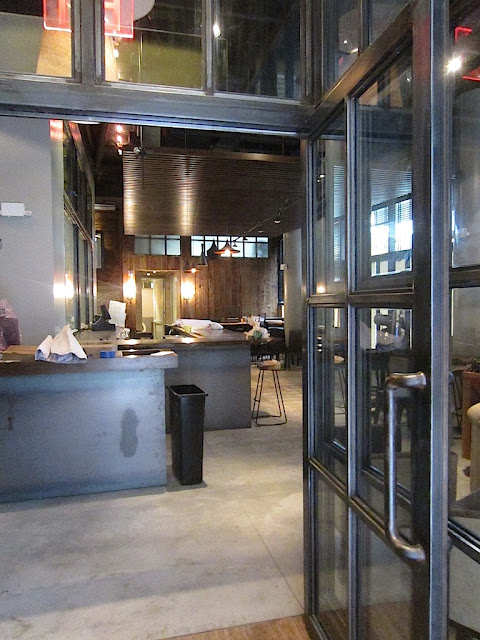 According to Eater: "Chef Gabe Thompson, of L'Artusi and Dell'Anima, will create an 'Italian inspired' menu, and Joe Campanale will be in charge of the wine and cocktails."

Back in December, we noted that Oliva, the Spanish tapas bar with a prime corner at Houston and Allen, was on the market. Here's a look at its replacement... 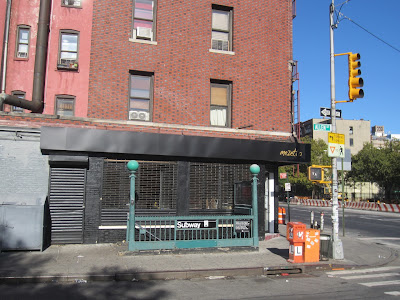 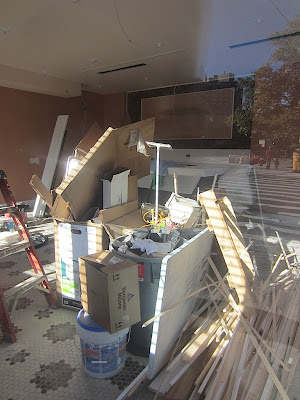 BoweryBoogie has been following the developments here, noting a few weeks ago that Mezetto "will serve Mediterranean-style tapas and reportedly carry aggressive hours of operation (9am-12am Sun-Th; 9am-2am Fri-Sat)."

And signage has arrived for the latest dessertery on St. Mark's Place... 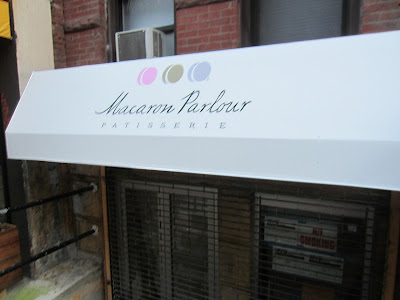 As DNAinfo first reported in February, Macaron Parlour is taking over the vacant storefronts at 111 St. Mark's Place, part of the former Chocolate Library. The desserts debuted at the Hester Street Fair in 2010. Fillings include things like candied bacon and maple cream cheese.

Oops! Dunno how this photo got here from Second Avenue and East 14th Street... 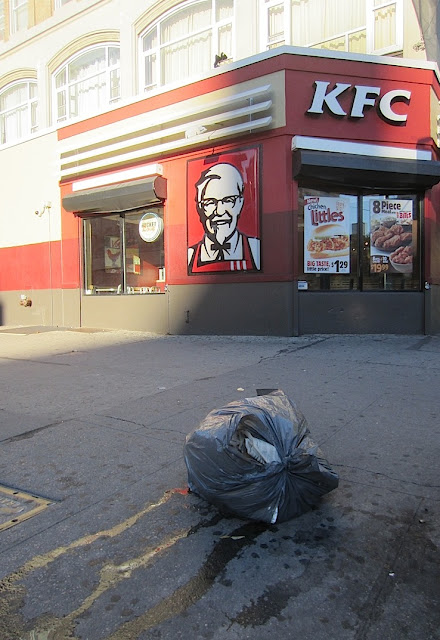 EVG..I love Ray's uniqueness and sticktoitiveness. I'm in for the fish and chips platter..the calamari and fries rock it 2.
Melanie

1. i hate the word "shoppes" so very much
2. what glamma said about bougie macarons (ooh, j'aime la carrie bradshaw!)

The whole neighborhood has become one big sorority. Macaroons, frozen yogurt, cup cakes, do these broads eat ANY real food?

I've said it before and I'm saying it again: hooRAY! I need to stop by and try the calamari and fries while I'm still here.

The Shoppes at Avalon Bowery Place??? That's freaking obnoxious even for this neighborhood. It looks exactly like freaking suburbia. YIKES. Someday I'll move out of this city; I wonder, when that day comes, will there be anything left to miss? Not at this rate.

Sorry about that... I just made up The Shoppes at Avalon Bowery Place name. It just sounded...appropriately obnoxious.

Not sure if there's even a name for the storefronts...

The word "shoppes" should never be seen anywhere outside of the Renaissance Festival- made me want to retch it was so corny.
Macarons on St. Marks- WTF? Maybe they should be at Avalon's Shoppes with all the other douchebags.

Shout out to Ray- everyone pass by and show that man some EV love. He is the man.

Good one, Grieve- The Shoppes was perfectly obnoxious- you hit the nail on the head with those pretentious a-holes.

Hey Grieve anon 104 here, don't be sorry, I think you've given us a hilarious new metonym for the whole east village circa now.

Marty where are you going?