Workers arrived at the Mary Help of Christians playground early this morning to start work on the damaged wall of the school at 420 E. 12th St.

Here are photos from this afternoon via Bobby Williams on Avenue A and East 11th Street... You can see the workers on the school's roof ... 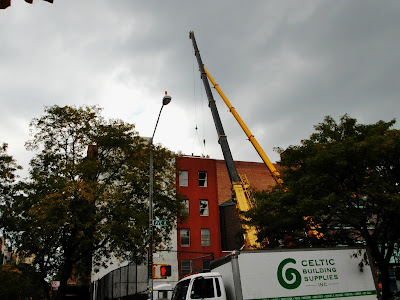 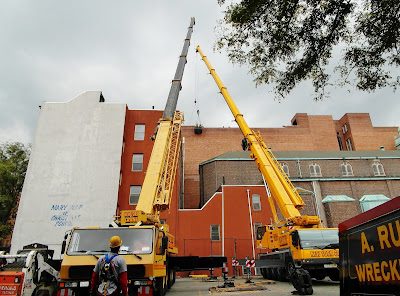 According to a notice from the Department of Education posted outside the school, the structural defect "will require the immediate demolition and subsequent rebuilding of that wall." They expect the demolition work to take "several weeks," and there will likely be evening hours as well.

Last evening, a worker said that they wouldn't really know the extent of the damage until they "get up in there." 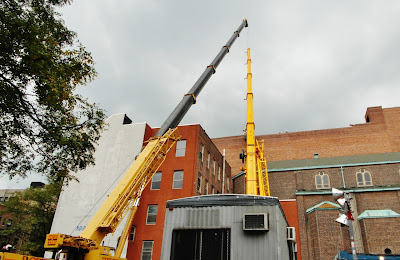 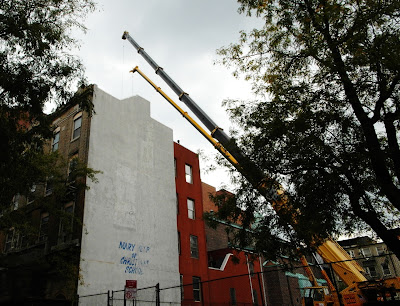 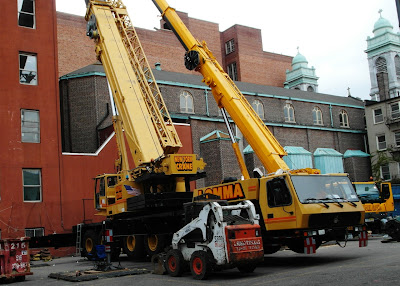 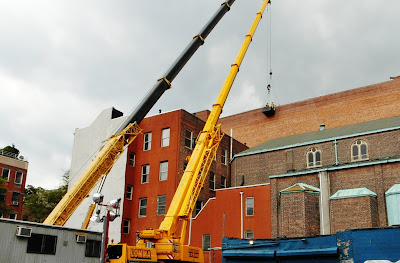 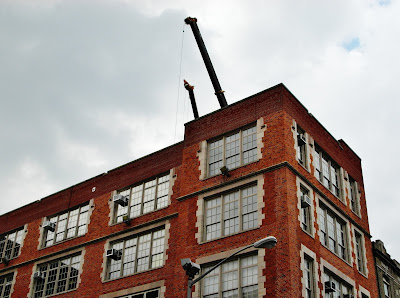 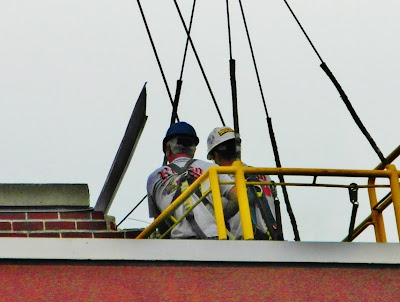 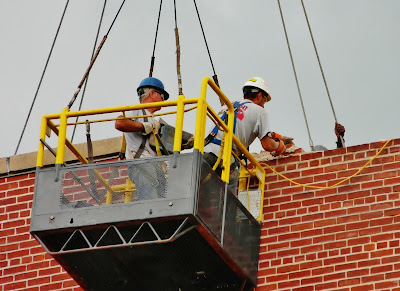 Students from East Side Community School and the Girls Prep Lower East Side Middle School, who share the space at 420 E. 12th St., have been temporarily relocated to other schools.
Posted by Grieve at 3:25 PM

I feel bad the students as well as the teachers and everyone else who works at the school. I hope they are hanging in there and adjusting the best they can.

I was certain demolition had begun. I figured the church, school and rectory would all be gone by Friday.