Demolition crews rolled into the Mary Help of Christians parking lot on Avenue A at East 11th Street late this afternoon... 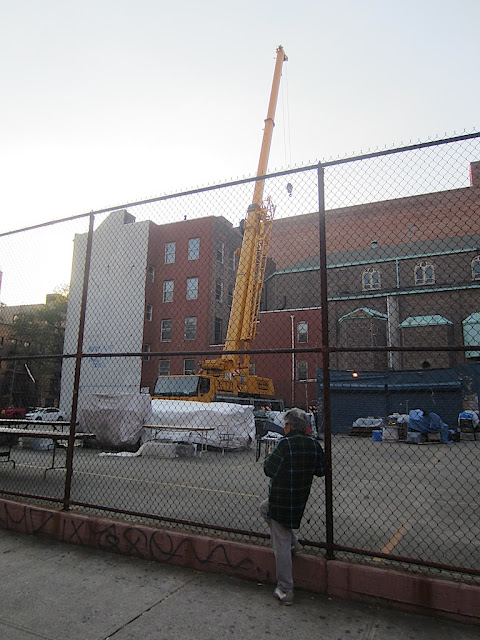 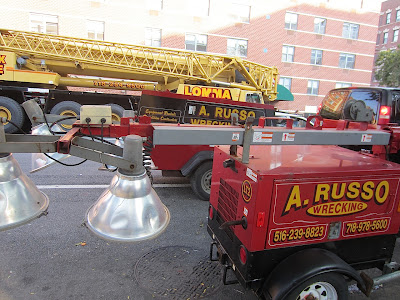 Workers on the scene said that they would be taking out part of the upper wall of the East Side Community High School. The wall, adjacent to Mary Help of Christians Catholic Church, was found to be separating from the rest of the structure yesterday.

A worker said that they wouldn't know the extent of the damage until they "get up in there." 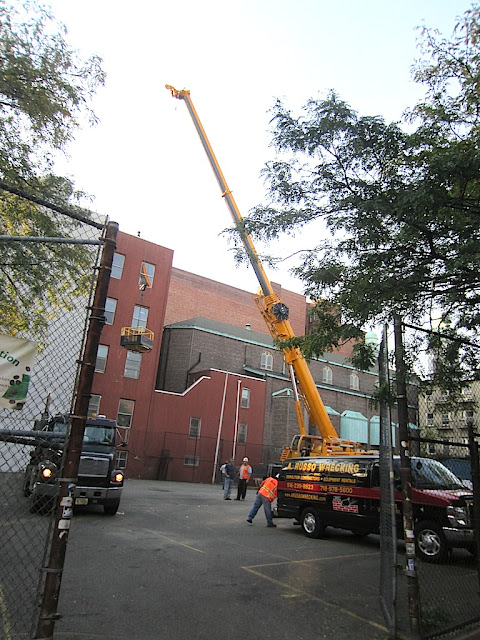 We haven't heard an official comment just yet from East Side Principal Mark Federman. The address is also home to the Girls Prep Lower East Side Middle School.

A few more photos from late afternoon by Kimberly Fritschy via Facebook... 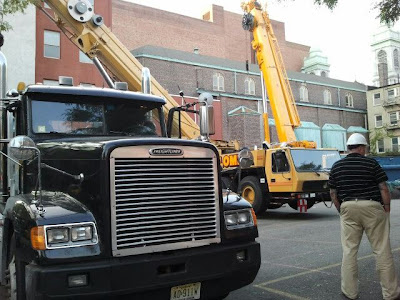 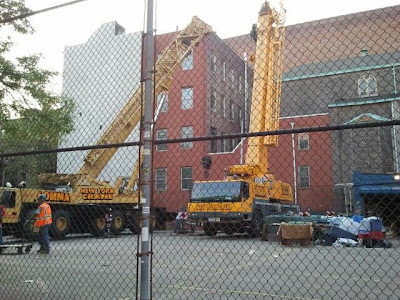 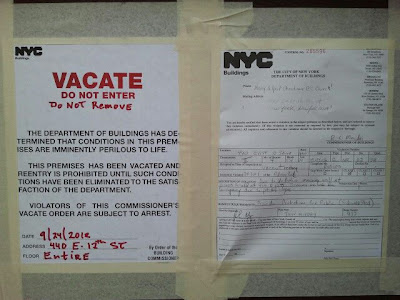 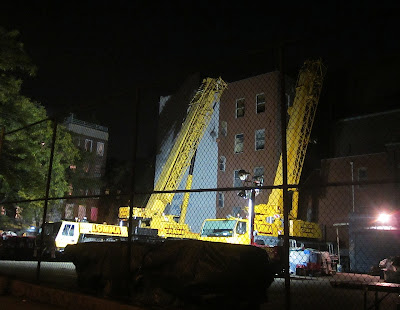 According to this notice from the Department of Education posted outside the school ... 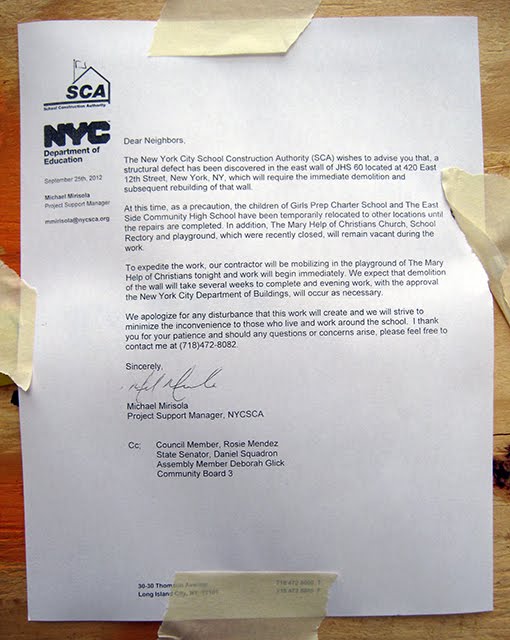 The structural defect "will require the immediate demolition and subsequent rebuilding of that wall."

They expect the demolition work to take "several weeks," and there will likely be evening hours as well.
Posted by Grieve at 5:54 PM

I'm not sure if I'm up to date on the latest details but this seems a little suspicious. Could it be that they want to tear down part of the building to build an even larger mega-luxury building ?

The whole building will probably be down by Saturday night.

This is not a conspiracy, this is a school building that houses many hundreds of kids who are now displaced and are being squashed into other schools until their building is fixed. This will have a negative impact on their education. Especially tough for kids graduating middle or high school. East Side is one of the better school buildings in the area, and the side that the wall is on was taken over by a charter school 4 years ago who put millions of dollars into renovating it. The church building that abuts it is not the problem here. The irony is that the Catholic school Mary help of Christians sits vacant as the archdiocese of NY waits for the market to rebound before selling it to developers. That's the real scandal here. Massive overcrowding in public schools and unused catholic schools right next door!

And the reason the Catholics need to sell is to pay of all the children its agents raped and the Church protected over the years...

Wow. It's really hard to look at this.

I was walking down 12th today, and I stopped where there is a space between the church and the school, and the upper wall of the school is bowing out. You don't notice it look head on, but from the 12th Street side you can really see it. I wonder what took anyone so long to notice. I would think they have building inspectors checking schools regularly but maybe not.

I thought the same thing, Jill ...