When you open a restaurant, should you trash your more popular and established competition? 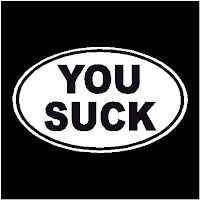 When it comes to restaurants, perhaps trash talking the popular, well-established competition isn't the best business tactic, at least based on two quick closings in the East Village.

Case in point No. 1:
The Meatball Factory

In June 2011, an EVG reader talked with one of the partners opening the Meatball Factory on Second Avenue at East 14th Street.

The Meatball Factory opened to some fanfare in October, before closing temporarily in May, then reopening, then mercifully closing for good in early July.

Case in point No. 2:
Porchetta.Hog

Porchetta.Hog quietly opened on East Fifth Street just east of Second Avenue in May ... not too far away from the popular Porchetta on East Seventh Street ...

Per an EVG reader:

I ate a coupla sandwiches at P.Hog: deeply meh, and the guy behind the counter talked shit about Porchetta.

Earlier this month, a sign appeared on Porchetta.Hog's door that they were temporarily closed. That closure became permanent with the opening of a new bakery yesterday.

And, for the record, I've never been to The Meatball Shop ... and I don't care for Porchetta based on the two times that I tried it... Competition is always good, of course... but the work should speak for itself. Or not?
Posted by Grieve at 6:14 AM

In almost everything in life, the work should speak for itself.

Good work for bringing this to light. People talk too much shit lately and seldom get called out on their BS. Does anyone remember...humility???

I am a disciple of both the Meatball Shop and Porchetta. And while I admit I'm nowhere near a "foodie" (or even someone that really enjoys food all that much),throw in Xemay and those are my 3 sandwich Valhallas.

So how dare they!

I gave the meatball factory a fair shake and it was really bad. It was literally a cereal bowl filled with luke warm and tasteless meatballs. I heard a rumor that they had tried out meatball sliders, which seemed a bit more interesting, but was not surprised in the least when I saw newspaper covering their windows.