Updated: Fire reported at 224 Avenue B 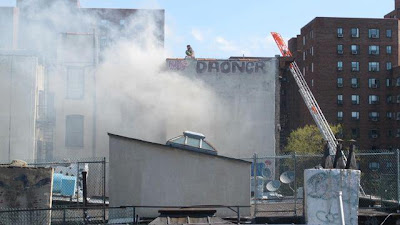 Per EVG reader Derrick Loris, who took these photos: "Light smoke, sound of saws.... got under control pretty quick. Never saw a flame."

Standing by for more information. 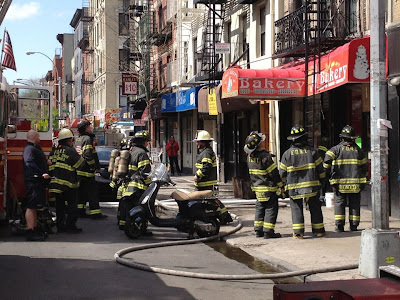 Per Derrick, who is at the scene:

"Amor Bakery is the victim of the fire at 224 Avenue B. No extension into the floors above or Mona's is the word at the moment..." 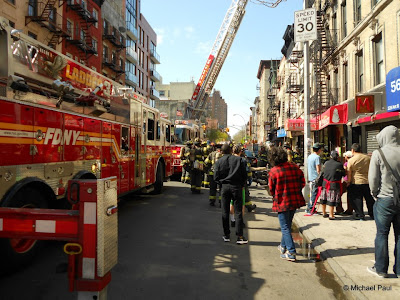 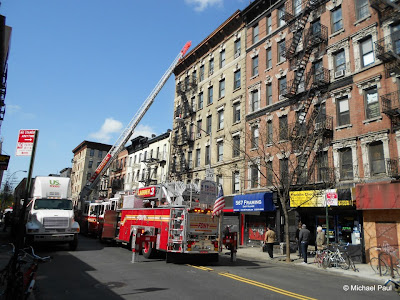 Per East Village Hawkeye: "A tenant's husband was allowed to remain in building with his cats, so that may confirm the danger was minimal."

A resident at 224 Avenue B shares a few photos from inside the building... 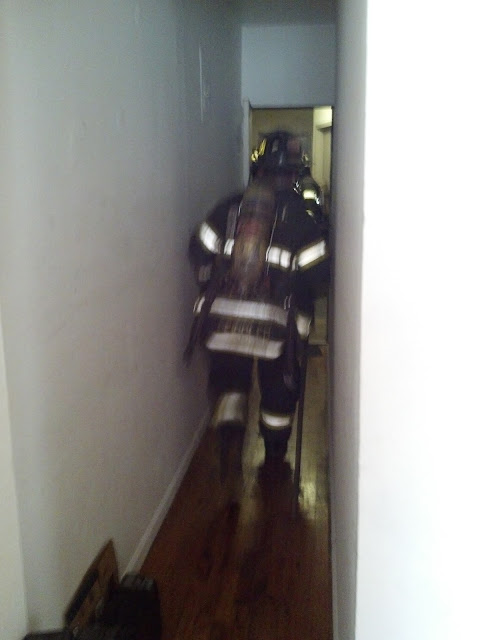 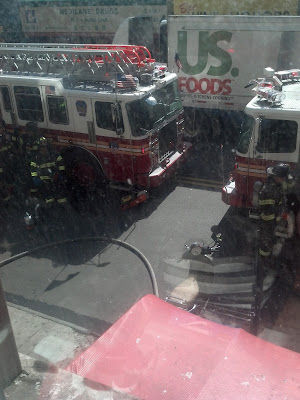 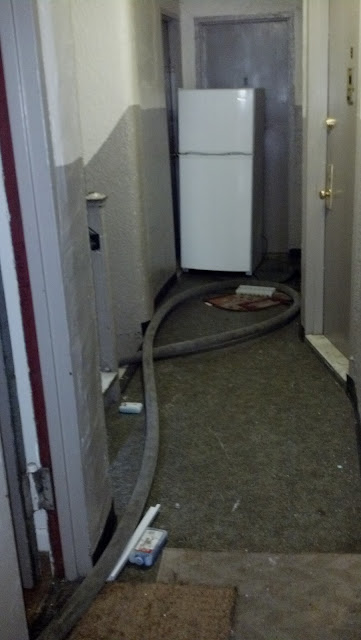 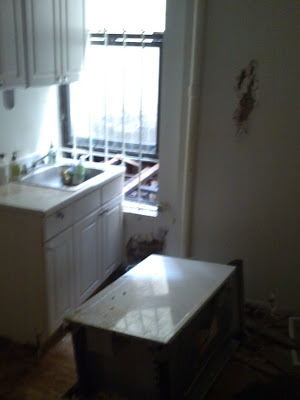 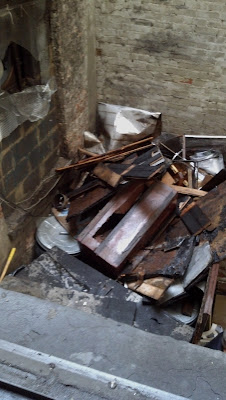 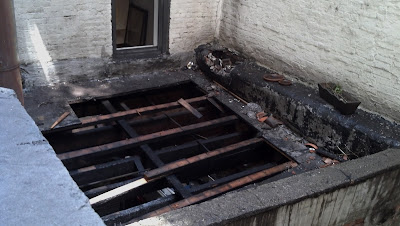 Per the resident: "Roof above the bakery was torn off. (Photo above) You can see the debris discarded in one of the pics. FDNY did not require us to evacuate and were in my unit several times during the course of the fire to check for smoke ..."

The resident noted that the apartment shown in the photos had been vacant...

Email ThisBlogThis!Share to TwitterShare to FacebookShare to Pinterest
Labels: 224 Avenue B, fire

I live on the second floor at 224 Ave B. Unit that is next door to me is above the bakery. Sounds like that's where the fire is. Lots of FDNY in and out of that unit and I can hear lots of saws. I've had about 6 officials come through my unit to check things. Thankfully there's not sign of smoke in my apartment.

They seemed to get it under control real quick. Now they're just doing some routine inspections. Looks like they were in another unit as well. There's a fridge in the hallway all of sudden, I don't recall that ever being there.

What's up with all the fires in the East Village recently? There have been three or four in just a few weeks.

All good at Mona's...Doesn't seem to be too much damage at Bakery...

Lucky for me my car was blocked in during this and of course got issued a ticket for not moving my car for street cleaning. Joy.