Getting a Handle on a FroYo empire 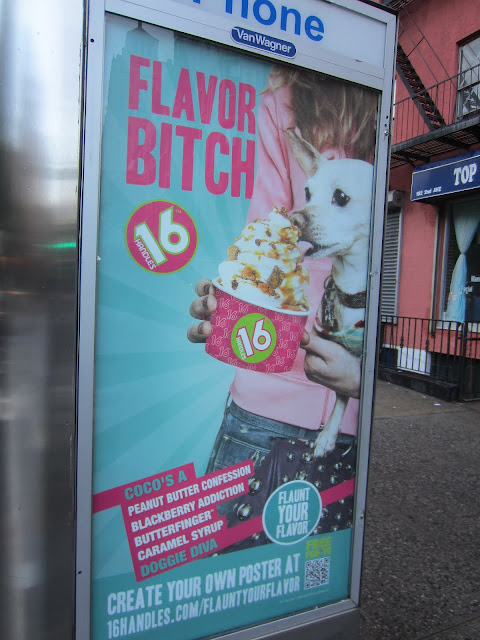 Speaking of FroYo... TheStreet.com has an article on 16 Handles' expansion plans. The self-serve froyogurters opened their very first store right here on Second Avenue back in the innocent days of 2008...

And today! Per the article:

It now has 37 locations across six states through franchising. It plans to more than double that amount by the end of 2014.

16 Handles has some big shoes to fill though. Frozen yogurt sales topped $760 million in 2012 with TCBY, Red Mango and Pinkberry controlling half of the industry, according to IBISWorld.

In the Q-and-A, founder and CEO Solomon Choi says that he plans "to be at a 100 stores by end of next year and at 150 stores [by 2015] and also in a couple different countries at that point.

Email ThisBlogThis!Share to TwitterShare to FacebookShare to Pinterest
Labels: 16 Handles

Dogs can't eat that stuff!!! It'll give them diareeah. What do I care, she'll get bored with her dog in 2 weeks and leave it somewhere.