New Nino's will be the old Nino's 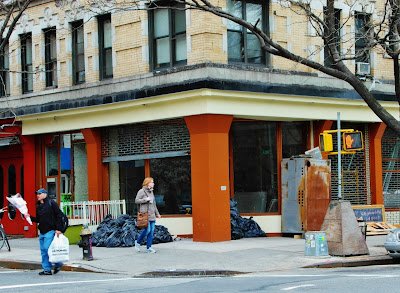 You may have noticed some renovations going on at the former Nino's space on Avenue A and St. Mark's Place... A tipster shared this:

A friend said they saw work going on in Nino’s space and asked what was happening? An older guy said he was Nino’s brother and they were re-opening. He said they sold it to this other guy and he screwed the place up so they are coming back and put it back the way it was. If it is true it is pretty cool.

Indeed, it is true... Via Eater, we learned that Nino Nino Camaj is returning to reopen the pizzeria that he previously sold, as first reported by the Local.

Do you think this means the return of the fountain drinks and year-round holiday decorations? 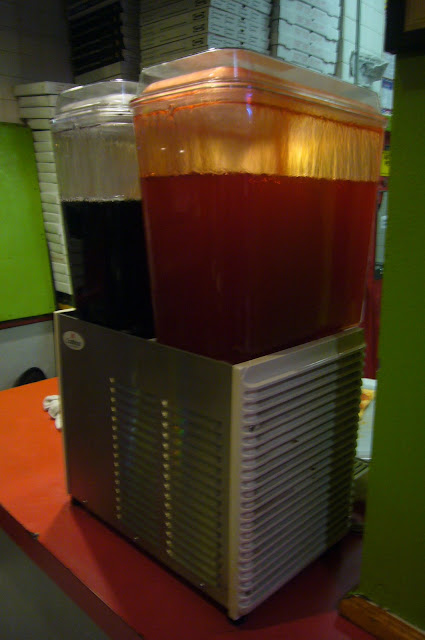 As for the last version of the non-Nino's Nino's, well, let's just try to forget about that stripped-down, charmless place.

Previously.
Posted by Grieve at 6:00 AM

Pizza wasnt very good. Worth the walk to Stromboli

I always got a good slice there. I liked getting it from the window best. welcome back!

Oh please oh please bring back the no doubt carcinogenic grape soda bubbling away in that lovely machine!

Never been a huge fan of 'vintage' food. The slice pies just sitting there under the counter stacked 10-15 pies high always scared me wondering exactly just how old was the slice I'd be getting.

Woo! Best news I've heard in a while! Their pizza was the best in the area.