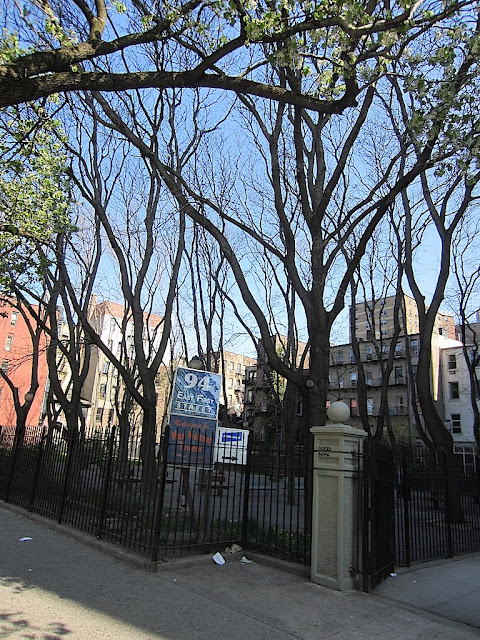 Friends of Meltzer have launched a petition campaign to help stop the city's plan to lease the park space at Max Meltzer Tower to private developers... among other things, the new development would wipe out the park at the senior citizen development at 94 E. First St. near First Avenue ...

The proposed NYCHA infill plan will create luxury housing on existing properties throughout New York City intended for residents with limited incomes, depriving them of much needed air, light, space, and recreational facilities. In the case of Meltzer Tower, a residence for low-income seniors, NYCHA is planning to destroy a local park adjacent to the building containing a stand of over two-dozen fully mature trees.

Previously on EV Grieve:
Outrage over proposal to turn the green space at the Meltzer Tower into private development (35 comments)
Posted by Grieve at 6:00 AM

How about taking up the parking lot on the east of the building and making a really nice private garden for the residents only?