Revisiting the Electric Circus, thanks to 'Mad Men'

I don't watch the TV program "Mad Men." However, I read that the show's characters have been visiting the 1967-68 East Village in various plotlines. (The Times wrote about this a few weeks ago.)

At first, this was meant as nothing more than an appreciation of some photos (via Getty Images) of the Electric Circus from 1968 ... with the original photo captions on the first three... 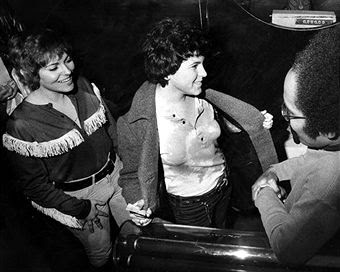 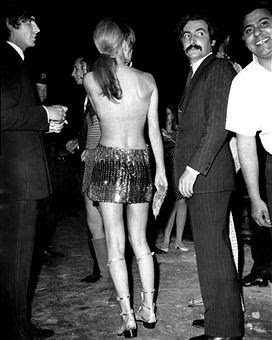 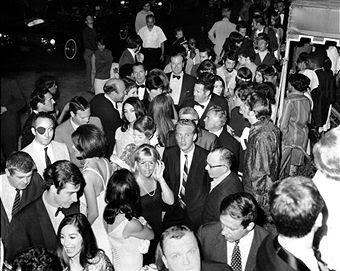 Then I started thinking about the reaction if this very same venue would open here today... A hot club promoter (in this case, Jerry Brandt) ... celebrities... crowds from everywhere showing up on St. Mark's Place... how would the community respond? No bra night?! Sounds like some stunt Superdive would have pulled. And look at that mob on the sidewalk! Call 311! (And what would those local bloggers write!) Has the influx of bars and jackasses and woo-wooing in recent years made us intolerant of any nightlife? Or maybe just some nightlife? Or a certain type of nightlife? (I can keep going with the vague rhetorical questions!) Regardless, I would have liked to seen this concept go before today's CB3/SLA committee...

Anyway, here are several more photos from the Getty archives... the Electric Circus closed in 1971... the address now houses a Supercuts and Chipotle ... as well as $17,000 apartments... 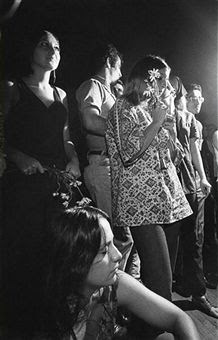 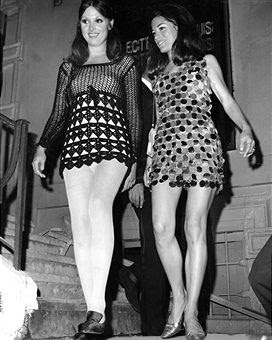 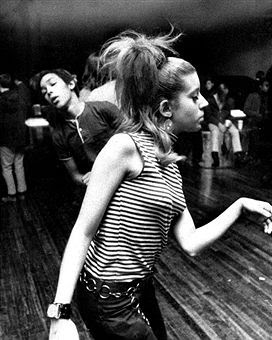 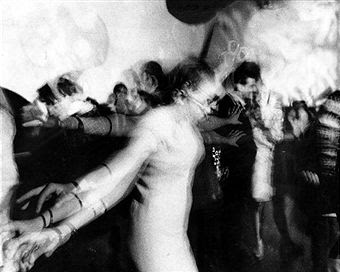 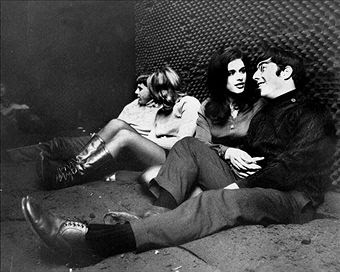 By the way, this wasn't meant as a history of the space... plenty has been written about it, including, but not limited to:

Streetscapes / 19-25 St. Marks Place; The Eclectic Life of a Row of East Village Houses (The Times)

Meh.....buncha late to the party UNhip middle/upper classers trying to find out what was "happening"....three-piece suits were NOT our fashion......just one more contempory sign that the 60s were DEFINITELY over....

"If you remembered much of what happened, you weren't really there."

I've known about the legend of The Electric Circus for years and interesting to me that it's being incorporated in 'Mad Men'. Sounds like those writers did their research.

Maybe there was a contingent of unhip, suited squares in attendance at this place, but from what I've read and the limited amount of achival photos I've seen this place looked absolutely fucking amazing. It seems like the culture back then was far more interesting than it is today. Just taking a look at what's there now only underscores that point.

That third picture looks more like it was taken pre-Electric Circus, when it was the Dom. Can't say for sure though, as that was my parent's generation (they spent a good deal of time at the Dom, less so at the Circus; different crowds, supposedly?).

I snuck out of the house and went into the city to see Iggy and The Stooges at the Electric Circus, good memories plus I didnt get caught.

Not a real head in the bunch.

I saw Cat Mother and the All Night Newsboys there in 68 or 69.
The Electric Circus was originally a club owned by Albert Grossman.
When Bob Dylan attended the joint he said everyone looked like that had a empty thought balloon over their head.
Grossman then named the club "The Balloon Farm"

The best after-hours club I ever went to was on 12th Street, betw. 3rd & 4th. It was in a green house, appropriately called "The Nursery". Chicks used to strip down to their underwear.
What this has to do with the topic eludes me at the moment. Just started typing and that's what came out.

Great place and a great time. W/ the Filmore East, what a great time for music and my hair!

I don't remember anyone being at the Circus in "straight" clothes!
ties and white shirts, absolutely not.
If you were hip in the day you wouldn't be caught dead in that mode of garb! No one would have spoken to you at that scene.
yes, it was a great time, great place, nothing like it has been since, nor do I think ever will be again.
the younger generations just don't have the courage to be that radical in a cool and loving way
. todays youth is too much about the dark side, glorifying death and hatred. A sad commentary on the decay of personal freedom and self expression. Too much complacency, a lack of courage to rebel against the powers that be, the ruling class. no wonder the youth culture is so dark, they've lost their power. They can only see death and violence as the answer. So very sad.
Jeannegenii

the dom was down stairs from the circus.

no parking naturally this is n y c !

over run with riff raff and neighborhood rats looking for action.

just like height asbury full of zeros looking for something to do,
remember alfebet city is just a skip away and thats trouble .