A Gathering of Tribes 'faces the end of its time' 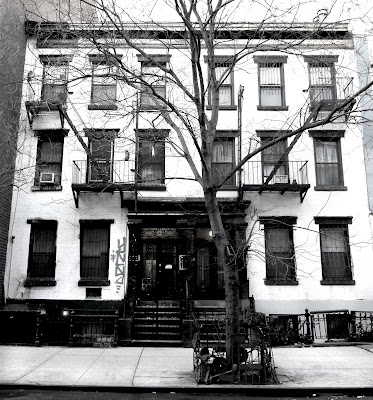 Efforts to save A Gathering of Tribes have not been successful.

Steve Cannon, the blind poet who founded Tribes in 1991, sent out an appeal in early March looking for a donor to buy the building that the arts and cultural organization has called home at 285 E. Third St. between Avenues C and D.

On Monday, the following notice went out in its newsletter:

In case you haven't been informed — Tribes faces the end of its time. Steve Cannon will be moving out on April 15 to a new apartment just around the corner.

Although, Tribes shows, poetry reading, open mics, etc., will not continue. We will still have our website, reviews, literary journal and fly by night press for publishing books.


Cannon confirmed the news in an email yesterday afternoon. "Yes, unfortunately this is it for Tribes."

Cannon and Tribes have been locked in a lengthy battle with building owner Lorraine Zhang now for the past three years, including various court appearances and eviction notices.

He bought the building in 1970 for $35,000. As The Villager reported on March 20, "Cannon fell into debt trying to sustain Tribes and maintain the dilapidated building. … Frustrated with trying to play landlord as a blind man, Cannon sold the building to Zhang in 2004, with an agreement that he be able to continue living there, and holding 'non-for-profit' [sic] arts activities in his apartment and the back garden for another 10 years."

Despite the closure, Cannon promises to be a high-profile figure in the weeks and months ahead. There's a benefit in his honor on April 23 at The Nuyorican Poets Cafe. Cannon will also be 2014's poet laureate of the Lower East Side during the Howl! Festival. 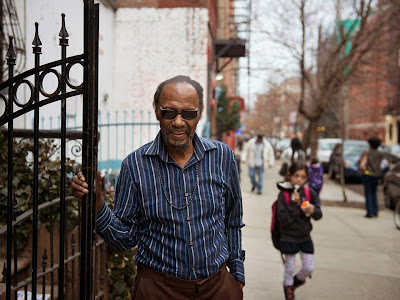 Previously on EV Grieve:
A Gathering of Tribes faces an uncertain future on East Third Street

Facing eviction, A Gathering of Tribes looks for a donor to purchase its East 3rd Street home
Posted by Grieve at 5:20 AM

Email ThisBlogThis!Share to TwitterShare to FacebookShare to Pinterest
Labels: A Gathering of Tribes

Cannon should've never sold the building if he wanted A Gathering Of Tribes to always be there, but I guess he couldn't resist making a $915,000 profit which I don't blame him for wanting from a long-term financial security standpoint.

He cashed in his chips and wanted a handout after that. He wanted to have his cake and eat it, too.

Btw what would stop him from reselling the building again, this time with a donor? So this guy needs to take a hike, live in his apartment around the corner, and do things AGT did in other places.

And then how long before that pretty old building comes down and another bland box goes up in its place? Bets, anyone?

The building may be pretty, but it's also not well kept up and may be dilapidated beyond repair at this point. Older buildings like this need stewardship - it's sad that the organization/landlord did not keep the building in good condition.

Fuck the building! It's sad that this valuable arts space is going away! People just want to obsess about real estate. Yeah, Steve made some bad business decisions but he did more to foster the arts and cultural dialogue on the LES and NYC in general than ... (name an artist). Steve is the last of the bohemians, truly. He did not take the money and run... he plowed it back into Tribes and trying to maintain an old building. If you didn't notice, there's not a ton of arts funding just swimming around to sustain spaces like this. What's sick is what the owner Lorraine tried to do, turn the other floors into an illegal flop house.

He didnt make a profitt. He barely broke even with repairs, taxes and mortgage etc. he's elderly and blind and was unable to manage the building any longer. He sold it contingent on a low rent for 10 years and after that Began payningmarket value. She wants the building empty to sell because she lost money using it illegally as a hotel. That guy is a respected figure to thousands of east village artists. who are you?

He didn't make a profit he barely broke even you repairs upkeep taxes and mortgage interest etc. He is elderlyand blind and felt he was unable to manage the entire building any longer. He sold it with an agreement To have a low rent for 10 years.He never expected to leave. She wants to sell the building because she lost money using it illegally as a hotel so she needs It empty. that guy is a respected figure To thousands of east village artists. Who are you?

The attacks on the landlord doesn't make sense. Landlord honored the agreement Cannon originally made. Cannon pretty much got what he wanted...below market rent for the past ten years plus money from sale of the building. Landlord is under no obligation to have to continue the agreement beyond the originally terms just because some individuals believe Cannon/Tribes is an "storied institution". What Cannon sold the building to Lorraine for is irrelevant because because none of you assisted her in the purchase. And none of you now are stepping up to the plate to be Cannon's donor.

Oh, I see, you work for the landlord. Oookay. Have fun trolling.