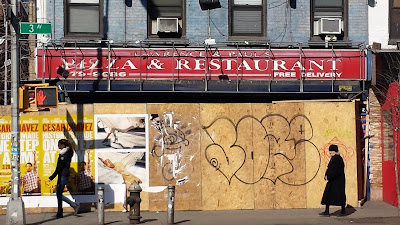 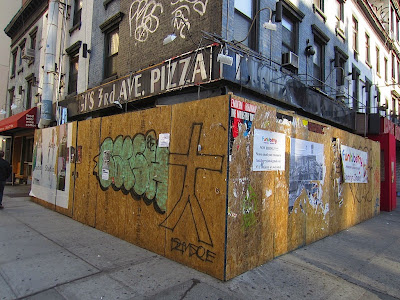 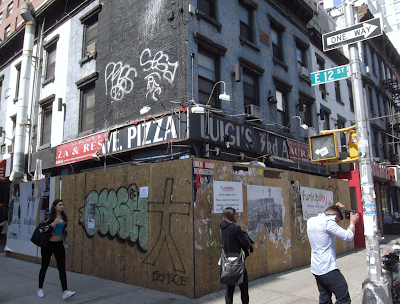 Meanwhile, the remains of the the Lawrence & Paul's sign are now in the dumpster on Third Avenue… 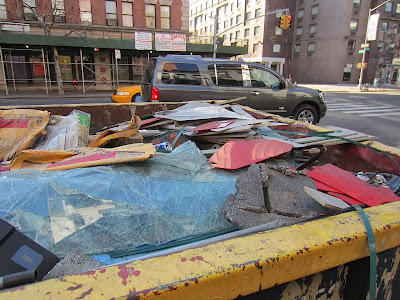 Ghost signage uncovered on Third Avenue and East 12th Street
Posted by Grieve at 5:00 AM

No doubt those GENTRIFYERS Lawrence and Paul stole this business from our beloved 3rd Avenue Pizza just before the big crash.

That last photo of the broken old sign in the dumpster could be used as shorthand for what is happening to the history of our once fair city. Think they'll let us pick chunks of the molded Rizzoli plaster out of dumpsters when that warm, handcrafted interior is gutted in favor of "luxury" sleek white and aluminum?

Gojira, you said it all.

My city's in ruins.