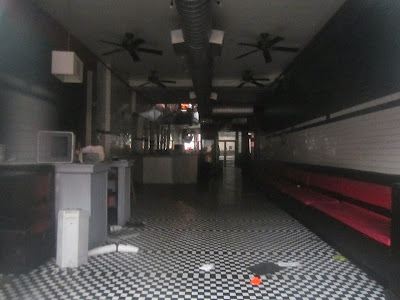 The State of New York auctioned off the remains of B.A.D. Burger at 171 Avenue A near East 11th Street last Thursday… as previously noted, the State seized the restaurant for nonpayment of taxes back in early February…

Now there's a sign up on the front saying goodbye … and pointing diners to their Williamsburg location... 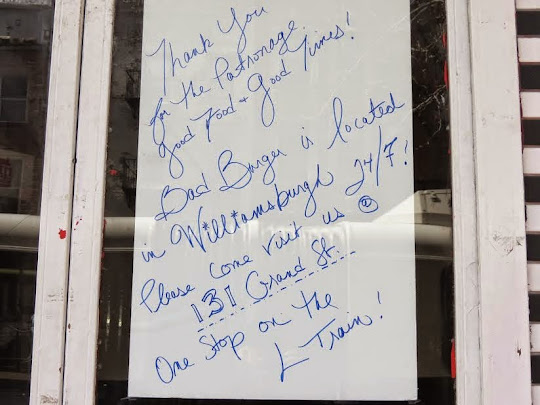 Previously on EV Grieve:
[Updated] State seizes B.A.D. Burger on Avenue A for nonpayment of taxes

State of New York auctioning off the remains of B.A.D. Burger on Avenue A
Posted by Grieve at 4:27 AM

Hey Keith, if you need money why not let some of the bands on your old record label buy back their song publishing rights from you?

They should have called themselves Good Burger. I bet they would have done better.