A visit to St. Mark's Comics 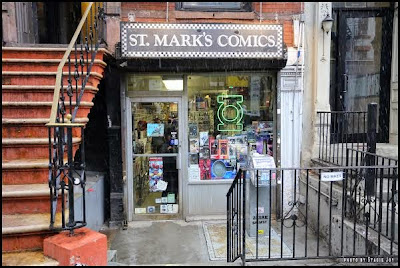 St. Mark’s Comics has been in its current building, 11 St. Mark’s Place between Second Avenue and Third Avenue, for more than 30 years. For the first few years, it was up a small flight of stairs, later on and in its current spot, on the ground floor, down a few steps.

The shop is a go-to location for old and new comics from small and large (as well as self) publishers. Owner Mitch Cutler says the shop carries a full breadth of products, not just comics. You can find all kinds of things at the shop, and indeed, as I walked deeper into the narrow space I found rooms upon rooms of toys, collectibles, tees, cards, comics, books, graphic novels, and comic-related merchandise. 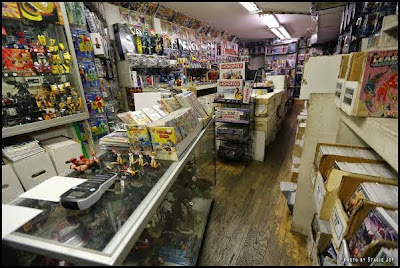 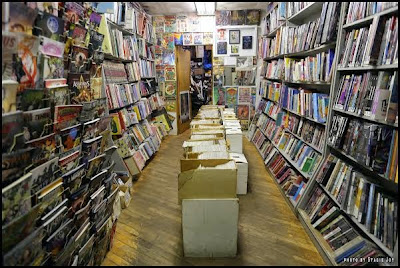 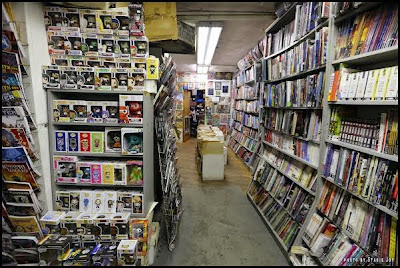 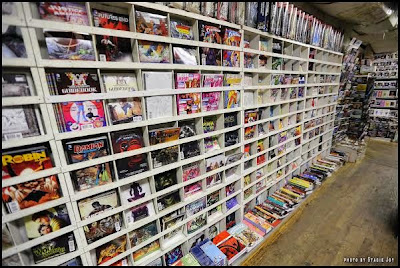 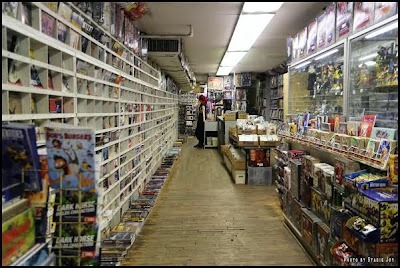 Floor to ceiling, the shop is crammed with nifty stuff. During the time I visited, Louis, a second-generation St. Mark's Comics shopper (with intentions of creating a third!), was particularly enthused to find the new Harley Quinn. Shaun dropped by for a Jack Burton vinyl action figure.

As I was leaving, Cutler said that he was humbled by the fact that people continue to support the store, a long-standing small business in a place where small-business owners are getting priced out.
Posted by Grieve at 4:40 AM

I've been going there since the 80s. It's cramped, it's small, but Mitch has been great all these years and it doesn't have the skeeve factor that some other comic joints have (and I say that as a very nerdy comic guy).

I half expected to see Leonard, Sheldon, Howard, and Raj hanging out in there.

I remember selling them my one and only worthwhile comic so I could buy my mom an Xmas present. Yep they are old school.

St Marks Comics is holding a fundraiser for those hit by EV explosion. May 17th I think?

Thanks for the kind words and very generous article! Hope we can continue to serve NYC for many years to come.

I'm not sure where the crossed wires are, though, because we are not involved in any fundraiser--though we'd be happy to help.
Don't want people to be confused.