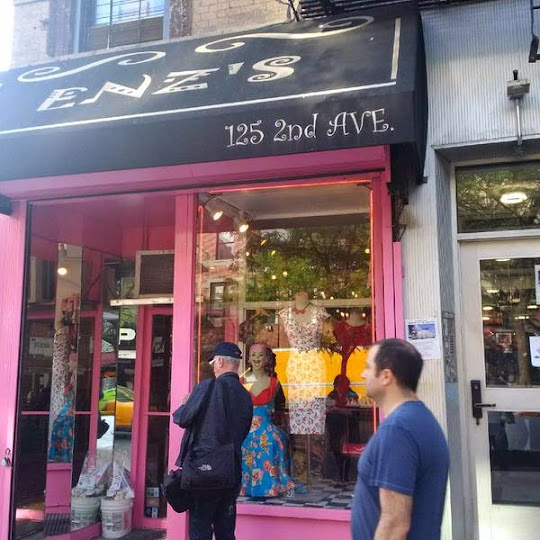 Enz's at 125 Second Ave. has reopened … The rockabilly boutique between St. Mark's Place and East Seventh Street was badly damaged in the deadly gas explosion on March 26 that destroyed the adjacent buildings at 119-123 Second Ave.

While rebuilding her storefront, owner Mariann Marlowe was able to do business from several different pop-up locations in the neighborhood.

When she was able to get back into the storefront earlier last month, "she found extensive water damage … The basement was flooded, the floors buckled and black mold had begun growing on the walls," according to DNAinfo. "It's a raw space right now. It's down to the beams," Marlowe said in a story published on April 21. 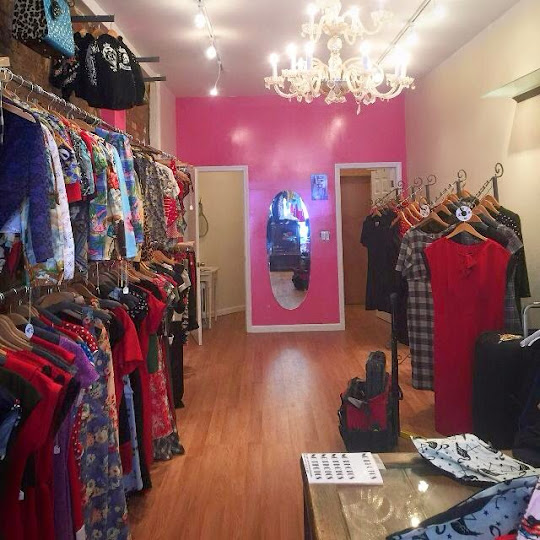 Previously on EV Grieve:
A visit to Enz's Boutique
Posted by Grieve at 4:29 AM

Good to have you back in action, Mariann.

The remodel looks fab! I'll finally invest in one of those special dresses.