The 9th annual Dance Parade and DanceFest is tomorrow 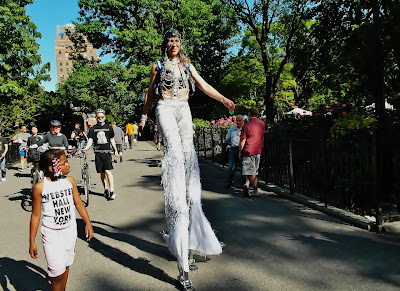 The annual Dance Parade is tomorrow. Let's head to the news release via the EVG inbox…

While the parade celebrates more than 75 styles of dance, this year, we honor especially the genres of contemporary ballet, Physically Integrated Dance, and dance in the Indian bhangra dance music community.

This year’s Dance Parade New York will celebrate the 25th anniversary of the monumental civil rights legislation embodied in the Americans with Disabilities Act. Ms. Verdi-Fletcher, whose physically integrated troupe was the first professional company in the U.S. to bring the talents of dancers with and without disabilities to the stage, will lead the parade while dancing in her wheelchair.

The parade route eventually finds its way to St. Mark's Place… where the parade ends in Tompkins Square Park for … DanceFest. 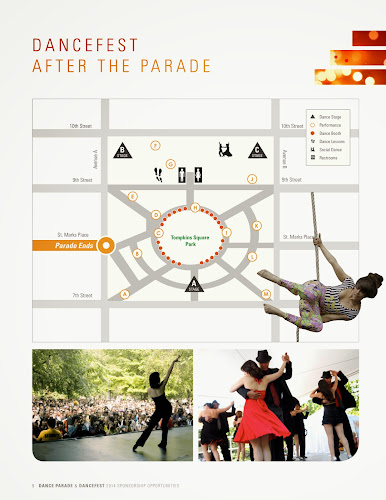 Find the list for all the dancing and other activities in Park right here.

And now please join me to pray to the Lord to guide them in their endeavors.
Posted by Grieve at 4:40 AM

Ukrainian Festival + Dance Parade = my favorite weekend of the year.