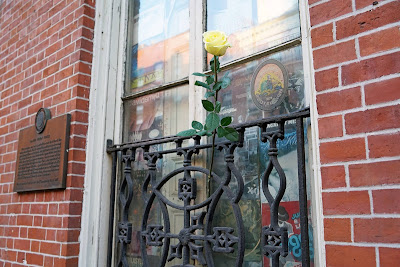 [Photo outside the former Sounds at 20 St. Mark's Place by Panda Cat] 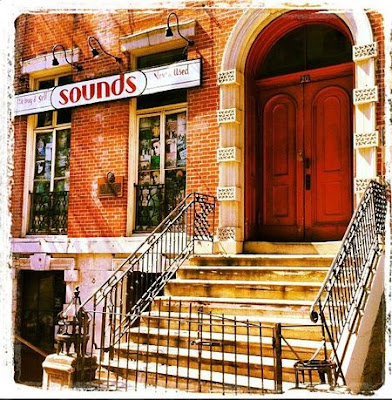 [Photo by Alex via Flaming Pablum]

We asked three former employees at Sounds for their remembrances of Fair.

Brian was a curmudgeon, but a lovable one. Think of all the record store clerks you have encountered in your lives. He was the alpha of all of them.

I worked for him for seven years and I'm grateful for that time and experience. I learned a lot about life and music and had a lot of laughs. When I started touring and leaving New York every year, Brian always had a job for me when I returned. I always tried to swing by the store when I was in the neighborhood to say hi or exchange Christmas presents in years to come. We would linger on the steps and share stories and he always made me happy.

I can only imagine after 30 years of selling records and the decline of the industry closing the store left Brian with a void in his life. I only wish he had the time to relax and enjoy his retirement before leaving us so soon.

My first job in NYC 1984 was working for him remodeling record bins and building Sounds Video from the ground up. The mahogany cabinets at the store survived. A few weeks ago I was there and he said, "you know, what killed me — with a tear in his eye — the mp3. The mp3 fucking killed me."

[He was] a great person.

James Lawrence, who worked at Sounds since 1995, and alone with Fair the past eight years:

He loved rock music, especially hard rock — Motörhead. And since he worked so much in the shop he didn't get to go to many shows. Well, Motörhead sister group Girlschool did a mini tour of the states a few months ago. I knew the Girls from back in the day so we took the day off and went to Brooklyn to see the show. We went early and I was able to introduce him to the Girls. I could tell how happy Brian was. It was the last show he got to see, I believe.

That makes me happy.

Brian loved music. It was his life. He cared about people underneath his gruff appearance. I remember Kembra from Karen Black gave him a homemade card thanking him for his support in the East Village music scene. When he read the card he started to cry.

That's the Brian I knew. 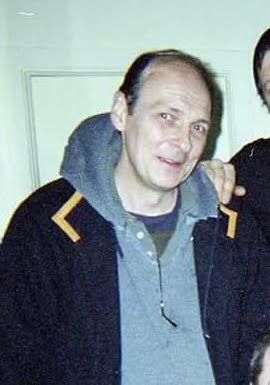 Thanks for this, EVG. I spent a lot of time and money in Sounds, Freebeing, Norman's, Hall's and other vinyl places (and, later, CD places) in the East Village back in the day. It was a paradise for music lovers. Wonderful to learn about one of the proprietors.

Brian's daughter said it best: the world's a little shittier without him.

What a shame, he was always nice to me in that inimitable New York way whenever I went in and bought vinyl. RIP, Brian, you added an immeasurable element to the EV of yore, and I can only wonder about the timing of your passing in relation to the recent closing of the store into which you poured your life and efforts for so many decades. You - and Sounds - will be missed.

This makes me really sad, it's so final. Sounds was the best record store, #1 in my heart. I got so many great records there over the years and he always gave me a good deal. Nothing better on a Saturday than being in that space with all those big wooden bins of records to hunt through.

RIP. I'll miss him and his taste. I bought a lot there, including at an annex Sounds had on Stuyvesant Street in the 1980s. As I recall, the jazz records were there. Still have a great Fletcher Henderson album with their sticker on it (at least, I think it's got that sticker... They were hard to remove.)

RIP..I went in and browsed/bought there a lot thru my youth. He was a nice familiar warm face and a REAL member of the LES

Sounds was among the FIRST places I ever went in NYC. Oh to be like 13 again, mid-1980s, in the back seat of my cool friend's mom's car, going to NYC. She was the best and brought us to the real EV and I'll never forget that memory and the old neighborhood feel of a real record store over flowing with fun people and cool vibes. RIP Brian. To live here now so many years later is heartbreaking with all that we've lost.

I worked at Sounds in 1984-85. Brian was tough to figure out, but once he got comfortable with you, you were in. We were all music lovers there, and Brian appreciated our knowledge and passion. I was lucky enough to work with Binky and Mick in the back room, putting endless pink stickers on endless piles of used LPs. I was also usually assigned to get Brian's coffee, six times or so a day, from Gem Spa. I would stop in and see him whenever I was on St. Mark's. He always remembered me, and was always glad to see me.

Never knew Brian but I certainly enjoyed the fruit of his work. May he rest in peace. Digital is ruining EVERYTHING.

RIP and thanks for helping make NYC awesome.<3

I will miss you Brian .
DM

I just learned this and am very saddened. I started going to Sounds when I still lived in Washington, DC in high school (early 80s). My old man would make day trips to NY and I would head straight to the East Village. A friend introduced me to Sounds and I had found paradise. Used records in perfect condition for a great price! I remember Brian. Gruff but not rude. A real character.

Places like Sounds made me want to live in NY and I pulsed the trigger by attending Fordham. I frequented Sounds almost to the day it left. I still have the numerous LPs with the pink, garish Sounds sticker.