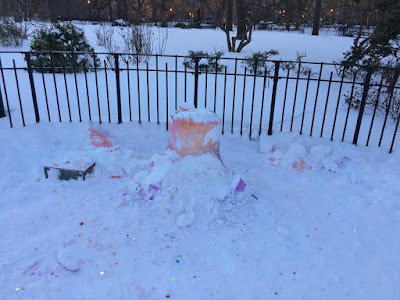 The 5-foot snow sculpture of a penis erected during the height of yesterday's blizzard in Tompkins Square Park is gone, as these photos from about 7:20 a.m. today show... 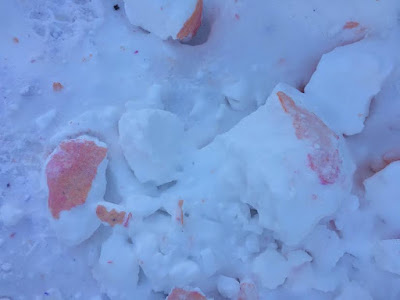 As several observers noted, it doesn't appear as it was knocked down as much as removed. Penis sculpture watchers in the Park this morning note that there weren't many snow chunks lying around the base here closest to the Avenue A and East Ninth Street entrance.

There are a few detailed remains, which show the great care and attention that went into this monument of [whatever you think of sculptured snow penises]. 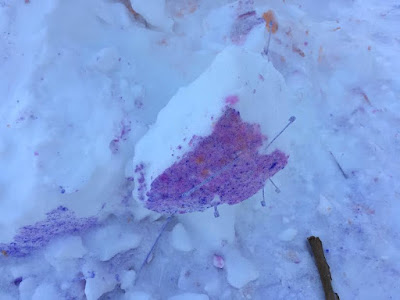 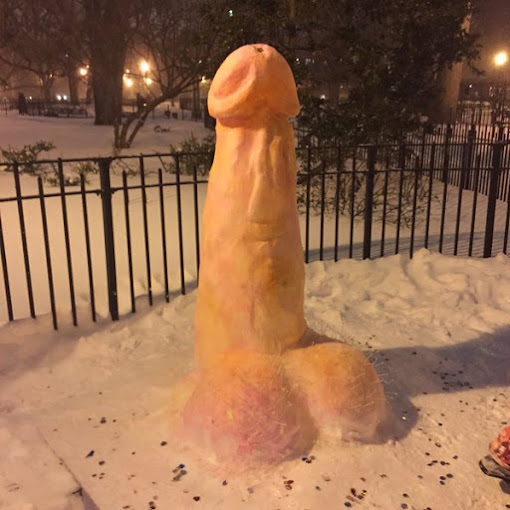 Of course this wasn't the first (scroll down) sculpture of a snow penis in Tompkins Square Park ... and it won't be the last. [#profound]
Posted by Grieve at 9:40 AM

"Call your doctor if you experience an erections lasting longer than four hours."

This is why we can't have nice things :(

Pretty cocky vandals, if you ask me.

Should have put a cock ring on it.

He went big and then he went home.

I'm a lot bigger than that.

Penis:Down By Dawn is one of my favorite horror movies.

I prefer not to see the word "breaking" followed by the word "penis".

Great, well now I feel insignificant and less of a man.

Who was the stud muffin for this OMG xxxx

Yeah, cos it's "all about the children", right, Anon. 3:37? Nothing that might disturb their little cotton candy lives should be allowed to exist, they should grow up thinking there's nothing bad or negative or sexual in the world, and the whole city should be made safe and comfy and edgeless just for them.