Rite Aid relocates ahead of new development on Avenue D 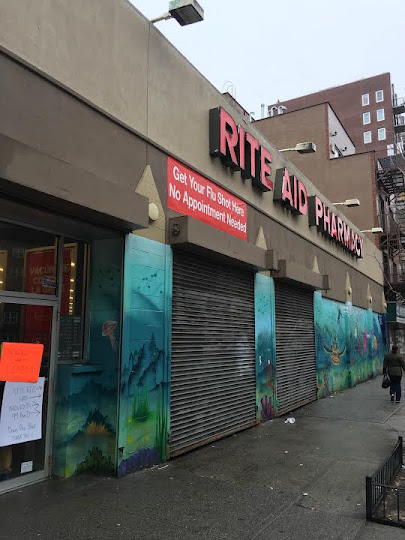 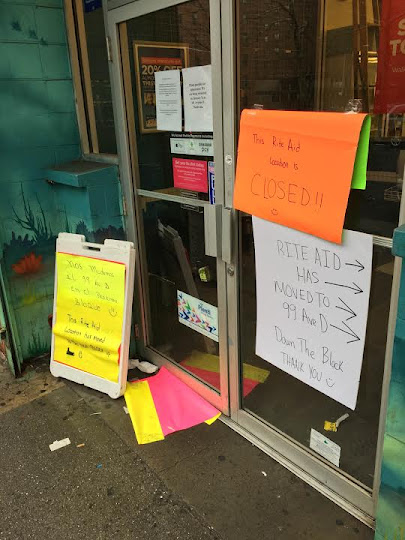 ...just one block north to the vacant retail space in the Arabella 101 building... 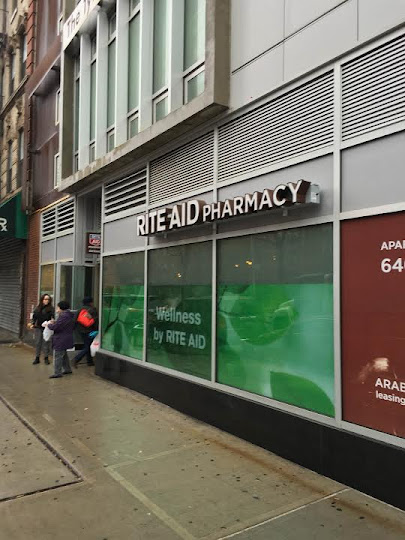 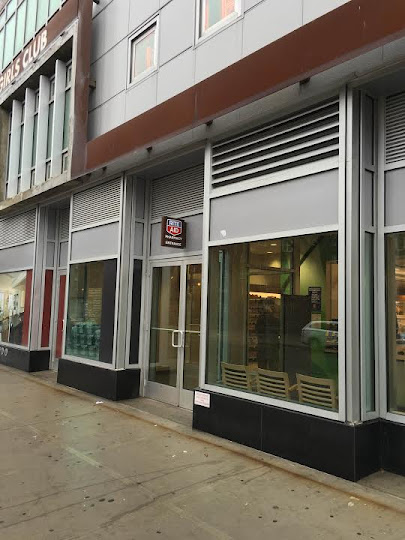 The move is to make way for a 12-story mixed-use building ... three one-level storefronts will need to be demolished: the Rite Aid and the long-vacant laundromat and Shady's pizza... 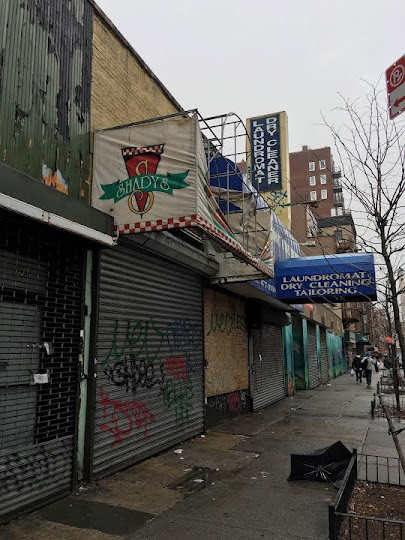 The approved permits on file with the city show a building with a total of 96,038 square feet (7,868 of them for the retail component). There are 108 dwelling units listed. The Real Deal reported in May 2014 that L&M Development Partners could build to 96,400 square feet with an inclusionary housing bonus.

L&M Development Partners, one of the groups involved in the Essex Crossing development at the former Seward Park urban renewal site, bought the three parcels of 79-89 Avenue D in 2014 for $12.5 million.

We have not seen any renderings for the new building just yet. GF55 Partners, whose area work includes Jupiter 21 and 48 Bond, are the architects of record.

Since Jupiter 21 and 48 Bond are fairly indistinguishable from one another, I think it's safe to predict what the EV will be getting on this site. And no, it ain't pretty.

I predict within 5 years the Public Housing on Ave D is going to go - its premier property and there are some people who probably can't sleep at night thinking about the potential for luxury on this site, wasted on lower income people, who shouldn't be enjoying such views or location so convenient to the parks, or be in Manhattan period (or so thinks the real estate mindset). The City is probably missing out on a billion dollars in revenue from this site in its current state. It'll be a win win for the City to sell these sites, move the current residents to other public housing, and rake in the fees from the new luxury development. That would greatly increase property values all over Alphabet City, and then increase tax revenues. When TRump is president and Ray Kelly and his goons are Mayor, what do you is going to happen?

It'll most likely resemble the development along Ninth Avenue where projects to the west butt up against high-end restaurants and lux buildings to the east, the demarcation being Ninth Avenue.

I side with Anon 6:23—unless nygrump knows something we don't; is there a deal in the works for the city to sell those Chelsea projex as well?

And lastly, I'm not voting for Trump or Ray Kelly—how about you?

If NYCHA can't even get an infill plan to go through, there's absolutely no way those buildings are going anywhere. Not in our lifetime.

I stopped by this Rite Aid yesterday. It's way smaller and even though there were 3 people working at registers and only 4 people in line, it still took 20 minutes to buy toilet paper.

No public housing projects have been closed for development in Manhattan nygrump. It will not happen, it has not happened. You might have more Mitchell Lama conversions, but that is not public housing.