An afternoon with Cáit O’Riordan 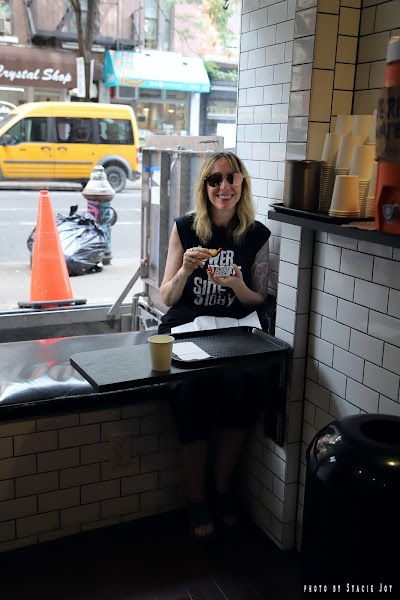 Photos and text by Stacie Joy

For the past few years, musician Cáit O’Riordan has called the East Village home. She's headed back now to her native Ireland as the New Year begins.

I've spotted her everywhere from the free concerts in Tompkins Square Park to the Drag March on Ninth Street. During her time here, she graciously met Caitlin, a part-time employee at Confectionery on Ninth Street, whose mother named her after O'Riordan, who played bass for Celtic-punk legends the Pogues.

I've appreciated her adventurous spirit while in NYC. Back on a warm early fall day, she agreed to explore a little of the East Village with me. We each found a few new places to visit.

After lunch at Superiority Burger on Ninth Street, we headed over to Gem Spa on Second Avenue and St. Mark's Place, where owner Parul Patel and O’Riordan talked ... 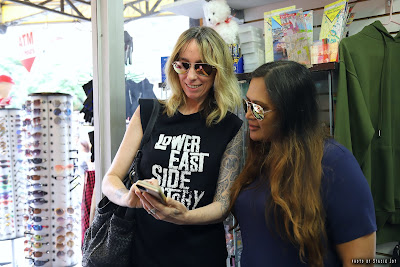 We stopped by Uliana Hair Studio on Ninth Street for O'Riordan to book an appointment and, where I am told, Jimi Hendrix had an apartment in the mid-1960s while he was a session player and backup musician ... 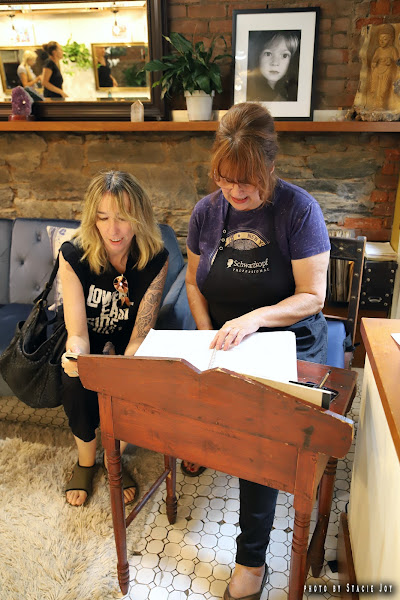 O’Riordan browsed through the well-curated records at Limited to One on 10th Street. While rooting through the rare punk bin, this Anti-Flag compilation caught her attention ... 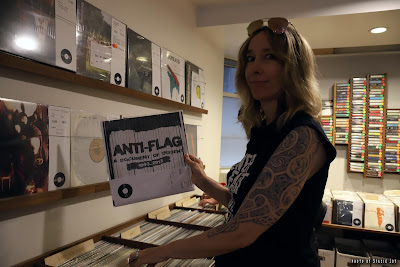 Continuing down 10th Street, we looked around at Crystal’s Garden ... 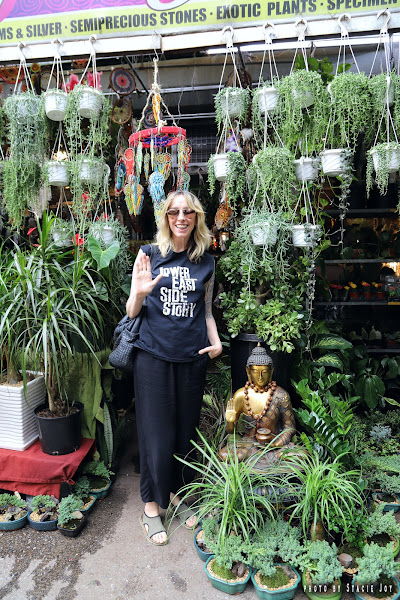 And there was this photogenic hearse by the Tenth Street Church of Christ as we walked to Tompkins Square Park... 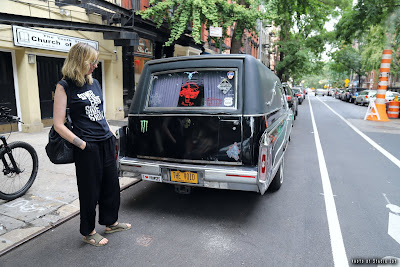 In the Park, we ran into local resident Ceasar Noel Soto, who was featured in an Out and About in the East Village piece on EVG here... 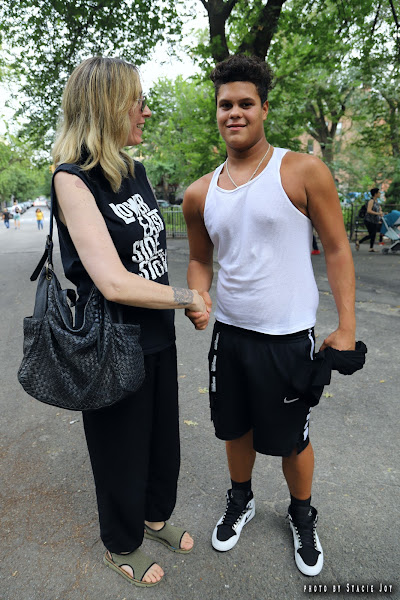 We eventually made our way to the Museum of Reclaimed Urban Space on Avenue C between Ninth Street and 10th Street and examined the exhibitions... 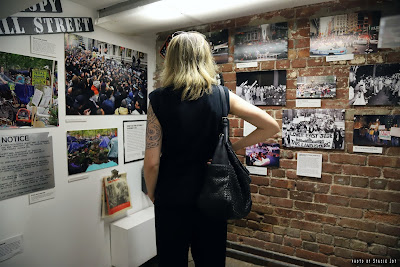 We visited several community gardens, including the Los Amigos Community Garden on Third Street between Avenue B and Avenue C where we received the OK to sample of the garden's summer peaches... 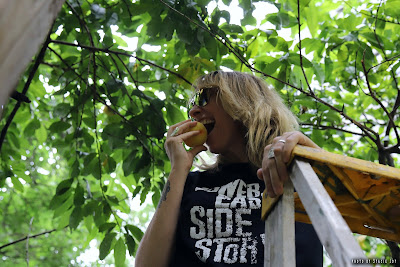 At Dancin’ Tastebuds, located inside Ben’s Deli on Avenue B near Third Street, we sampled the tastebudgasm sauce from Chef Lioness ... 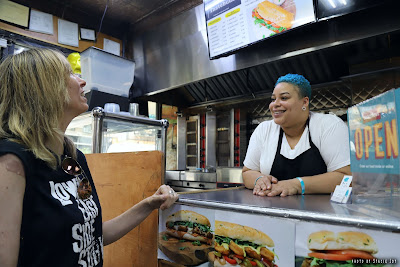 We stumbled upon pawn shop East Village Buyers on Third Street near A, and met the artist, Gus Weiss, who painted their nifty windows ... 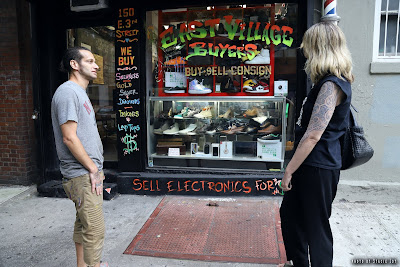 O’Riordan will be back for 10 weeks each spring and winter for her seasonal gig at the Irish Arts Center. We look forward to seeing her again!
Posted by Grieve at 10:00 AM

I love her she's a sweetie.