Hakata Zen is (almost) back on St. Mark's Place 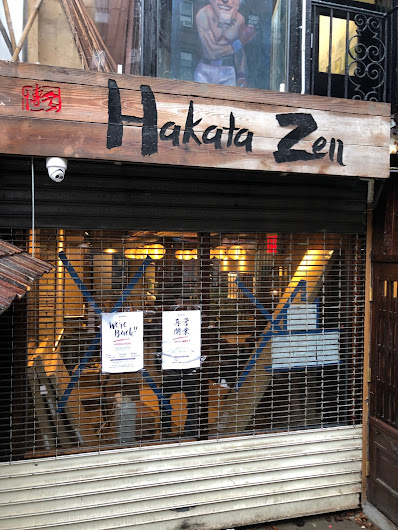 After nearly a year-long closure for undisclosed renovations, Hakata Zen is set to return here at 31 St. Mark's Place between Second Avenue and Third Avenue... 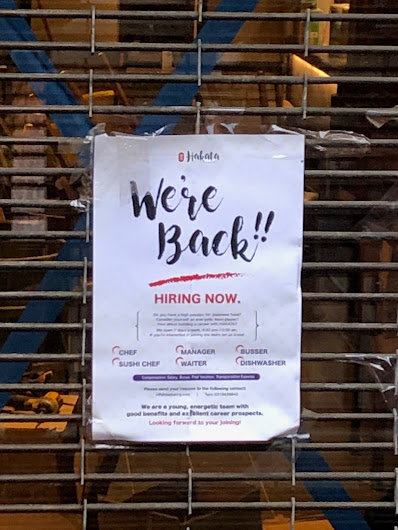 A reader said back at the start of the New Year that a broken pipe was to blame for the temporary closure.

Anyway, to recap the whirlwind of concept switcheroo-ing here, the restaurant at No. 31 was a Hakata Hot Pot/Zen 6/Sushi Lounge combo starting in March 2016. A year later, it became Noodle Cafe Zen presents Sushi Lounge & Hakata Hot Pot. Eventually the space just became Hakata Zen.
Posted by Grieve at 4:15 AM

Yay! I love that place in all of its incarnations!