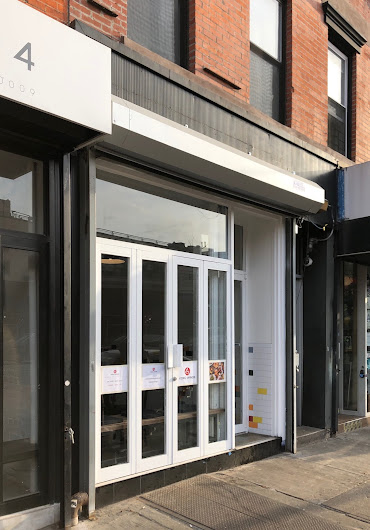 Koko Wings, which specializes in Korean fried chicken, is now open at 192 First Ave. between 11th Street and 12th Street.

This is Koko's second NYC outpost. The other is on West 106th Street, which got a nice writeup via Westside Rag upon opening in 2014:

This storefront was home for a brief five months to Chelsea Thai, which closed in January — this after 21 years in the Chelsea Market. Chelsea Thai founder-chef Saruj Nimkarn said that there wasn't enough business here to make the rent.

The address was previously the Neptune. The Polish-American diner closed in December 2016 after 15 years in business. According to one source, the rent doubled.

After Neptune's departure, the landlord divided up the restaurant into two retail storefronts. Space 194, a hybrid tea-coffee shop-gallery, is in the other half, but not for long.

As this photo via EVG regular Lola Sáenz shows, there's a for-rent sign now on the front door... 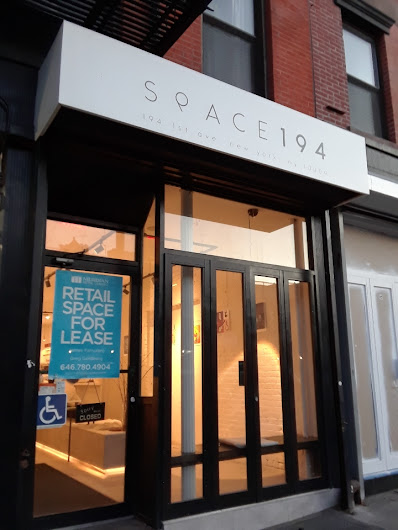 Chelsea Thai closes after 5 months on 1st Avenue
Posted by Grieve at 5:50 AM

"This storefront was home for a brief five months to Chelsea Thai, which closed in January — this after 21 years in the Chelsea Market. Chelsea Thai founder-chef Saruj Nimkarn said that there wasn't enough business here to make the rent."

Sure, but the city (especially the EV), is saturated with Thai food (or if you want to be more general, Asian cuisine).

What I find sad about 99% of the Thai food available, is that the dishes are cooked so they're ready in 10 mins for us impatient, lazy Americans. This results in tough chewing proteins, which should be slow cooked and tender. Give me tender strips of beef in my Thai Green Curry!