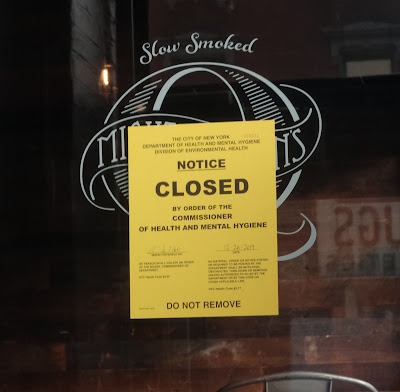 Mighty Quinn's on Second Avenue and Sixth Street received an unwelcome holiday gift on Dec. 26 when the popular BBQ establishment failed a Department of Health inspection and was ordered to close.

The violations from Dec. 26 have not yet been posted to the DOH website. While Mighty Quinn's currently has an A rating, previous inspections this year turned up several violations, according to public records at the DOH.

There isn't any notice about a closure from Mighty Quinn's posted at the restaurant. A look through the windows shows that some renovation work is taking place... 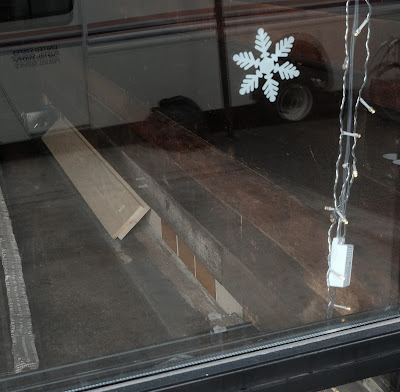 Mighty Quinn's got its start as a stall at Smorgasburg in 2011, later opening its first brick-and-mortar location here in December 2012. There are now 12 corporate locations in the NYC metro area, and ownership is now franchising, having opened several outposts overseas, including in Dubai, Manila and Taipei.
Posted by Grieve at 4:00 AM