A visit to Obscura Antiques and Oddities, closing soon on Avenue A 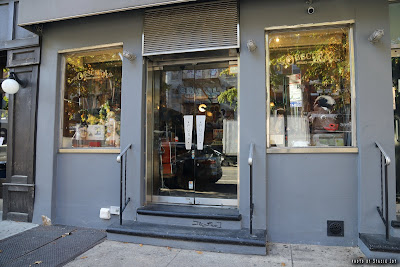 Mike Zohn, co-owner of Obscura Antiques and Oddities, 207 Avenue A near 13th Street, is circling the neighborhood looking for parking when we meet up to talk, take pictures, and reminisce about East Village people and places over the years.

I’d bought my first piece of adult furniture more than 20 years ago at the first of the store’s three locations and Mike was the guy who sold it to me. I still have the vintage green school desk, a photo of which I show him on my phone once I sweet talk the FedEx guy into moving his truck so Mike can park out front of the shop.

I have a similar conversation the following day when I drop by again to talk to co-owner Evan Michelson, chatting about places I’d seen her and her band perform and way the neighborhood has changed over the years.

Both Zohn and Michelson have moved out of the neighborhood, Zohn to Easton, Pa., and Michelson to Plainfield, N.J., and both commute in to work at the store. 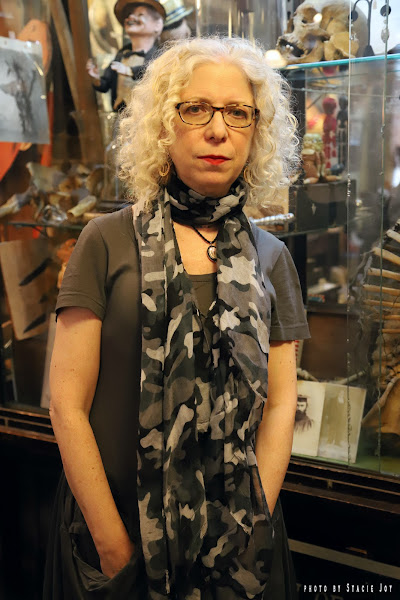 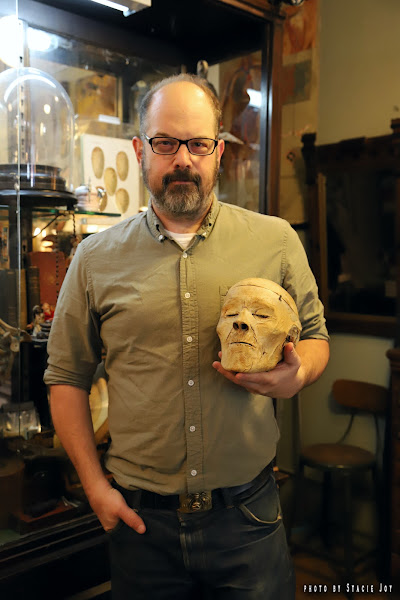 As first reported by EV Grieve, the shop is closing up after almost a quarter of a century in business, so this was an especially poignant A Visit to… feature for me. We talked about the history of the shop, what’s changed for them and what their future plans may be.

What is the history of Obscura Antiques and Oddities?

Mike Zohn: We grew out of Wandering Dragon Trading Company, which was the shop Adrian Gilboe started many years ago on 10th Street. I would buy then sell items to him and hang out there at all hours. After he moved his shop to Brooklyn, Obscura was born.

Evan Michelson: In 1991, a few years after I first moved to the East Village, I happened upon a tiny shop on East 10th Street called Wandering Dragon Trading Company. It was run by a gentleman named Adrian Gilboe, and it was aesthetically perfect. There was an old Chinese lantern framed by faded drapes in the window; inside there were assorted wax mannequins, ethnographic objects, antique clothes, and pieces of taxidermy. It was an enchanting, somewhat shabby, lived-in cabinet of curiosities; stepping over the threshold was like stepping back in time. It was magical.

Adrian had an incredible eye. When I first met him, I told him that I was in love with the shop. I told him, “This looks like the inside of my own head.” We became friends and worked together on occasion. Eventually Adrian opened a store in Brooklyn, and Mike and I started Obscura in the old Wandering Dragon space. 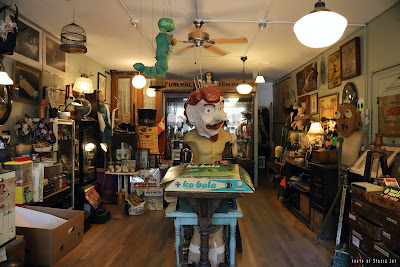 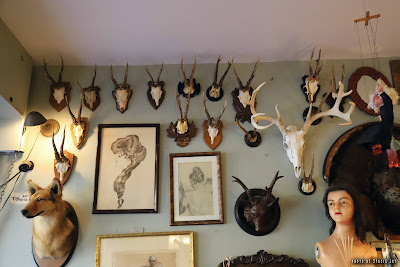 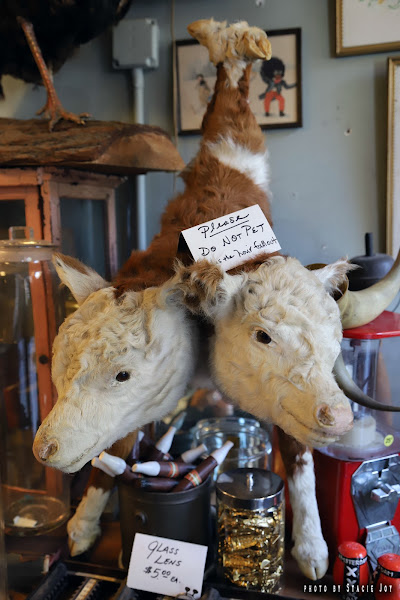 What drew you to the East Village? Why was it important to you to stay in the neighborhood as you moved locations?

Michaelson: My husband and I first moved to the East Village in 1989; we were musicians and performance artists, and the Village at that time was a fantastically edgy, affordable neighborhood where creative people could live, rehearse, perform and spend time with like-minded folks who came from all over the world to make amazing things happen. From Wigstock to the Pyramid Club to the Collective Unconscious, the East Village was a cultural engine, and we were very lucky to be a part of that.

I’ve always seen Obscura as an extension of that creative, anarchic energy; the East Village has always been the only home this shop could possibly have.

Zohn: Back when we first started out the East Village was affordable. It was cool and fun and exciting. It was a place where you could open a neat little business and do ok. With very affordable rent, it was ok if sales were slow. You could still pay the rent and your bills and enjoy what you were doing. The East Village had so many unique places and things to do back then. It was a great place to be.

How has the retail landscape in the neighborhood changed since you first opened?

Zohn: The whole city has changed as has business and retail. Look at all the empty shops, all the long-standing business that are closing or have moved away. Look at what we do have shop-wise. There is clearly an issue.

Michelson: The East Village has changed tremendously in the last 20-plus years. The rents are very high, the regulations are rigorous, many long-time residents have been priced out and most of the businesses I’ve come to know and love over the years have had to close up or move. It’s a process of gentrification that is seen in so many cities; the East Village was once so vital, and so wild, and it has become relatively tame. 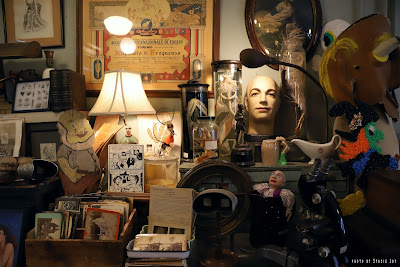 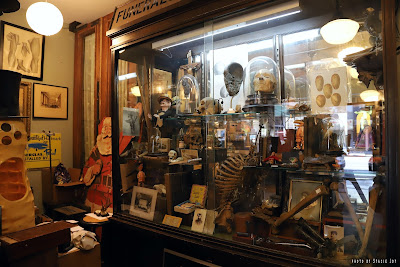 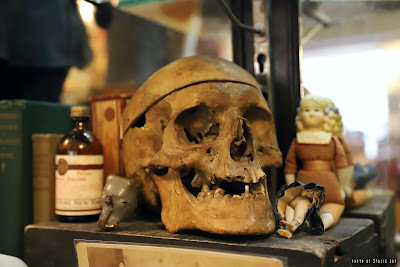 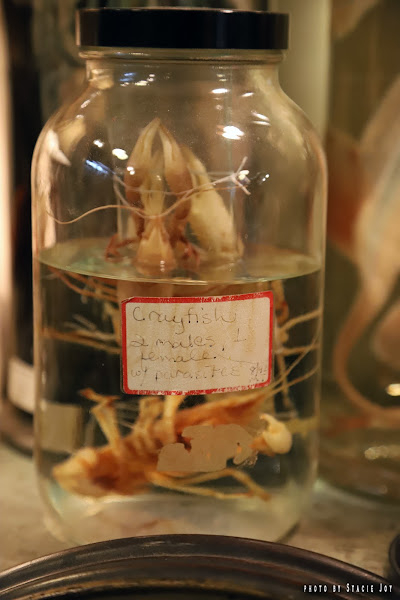 Your shop was a neighborhood fixture for almost a quarter of a century. What factors led you to the decision to close the store?

Michelson: Brick and mortar is hurting everywhere; lots of folks shop online these days. Also, when the shop started, we were one of the few places where you could find most of these strange and mysterious objects. Thanks in part to the TV show “Oddities” that culture has now become fairly mainstream.

We’ve also been around — in one form or another — for more than two decades. We’ve had a long, successful run and now just seems like the right time to move on.

Zohn: The business has changed and the neighborhood as well. The overhead is just too much. Between rent, taxes, insurance, payroll, garbage carting, etc., it’s a lot of money to keep a small business running. Now with the 12th and 13th Street bike lanes eliminating parking spots in the neighborhood, it’s that much more difficult. I need a vehicle for my business.

How has it been since the news got out? What can customers expect when they visit the shop before the end of the year?

Zohn: Lots of people have come out of the woodwork to say how sad they are about it. The shop will be the same until we close. We are bringing in new stuff as always. It won’t get depressing until we clear the place out in January.

Michelson: Folks have been stopping by the shop to say goodbye and share their favorite memories and experiences. It’s been really lovely. We hope to maintain our usual hours through the end of the year but things are a bit unsettled, so I’d call to make sure we’re open before heading over or making a special trip. 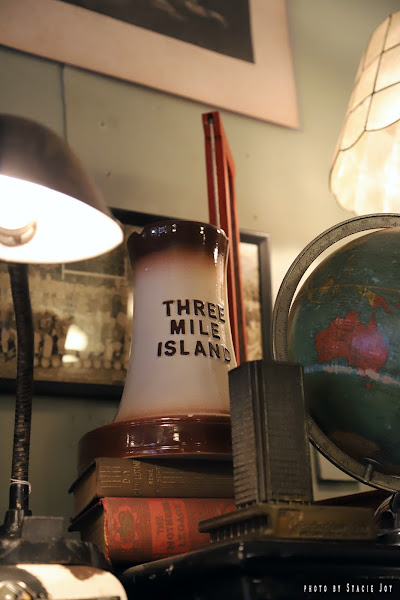 What’s next for you?

Michelson: There are so many things I’d like to do! My life has been focused on Obscura for so long that I’m going to have to decompress for a while before I figure out exactly what comes next. I love writing and I’ve had a few essays published; I have a rather esoteric book almost ready to go and some ideas for other written and spoken projects that really excite me.

Ultimately, however, I’m an antiques dealer, and I’ll probably get back to that in a few years. There are other aesthetics I’d like to explore, other forms of time travel, history and remembrance that I’d like to put out there in the world. If I’m lucky, I’ll have that chance.

Zohn: I’m planning on doing more online plus my Oddities Market events — Philly, Atlanta, Nashville, and more cities to be announced soon. We have discussed a pop up now and then but no final decision has been made on that. 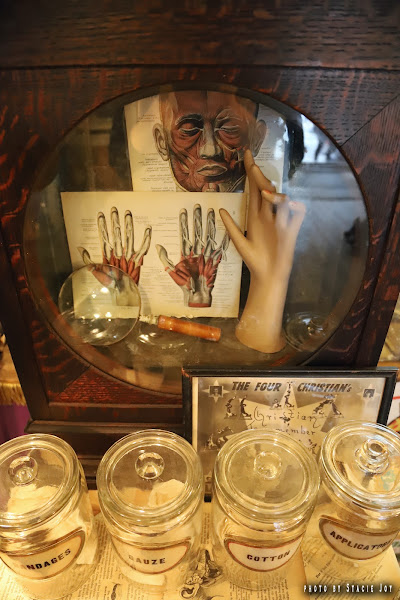 Obscura will be closing at the end of this year, but may have odd hours in January as Mike and Evan shutter the store. They both recommend calling to make sure the place is open before making a special trip out: 212-505-9251. 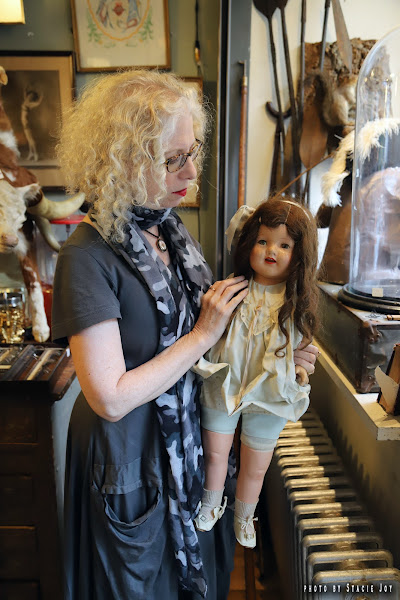 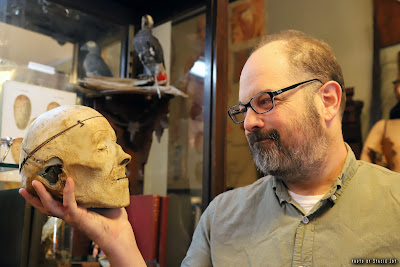 Email ThisBlogThis!Share to TwitterShare to FacebookShare to Pinterest
Labels: A visit to, Obscura Antiques and Oddities, Stacie Joy

THANK YOU for this! i will be sorry to see this lovely shop and all its strange contents go but wish its owners the very best! thanks for keeping it weird!

Mr Zohn nailed it IMO. No room for creativity or experimentation anymore. The new economics.

Thank you Obscura for your years of weirdness! (Thank you Stacie for your photos and story)