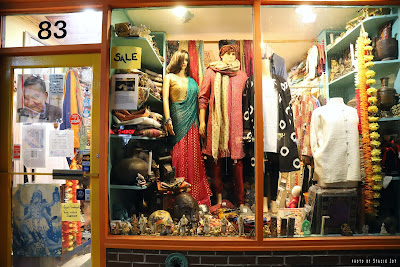 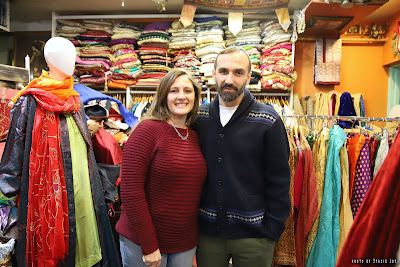 EVG contributor Stacie Joy stopped by and spoke with owner Saroj Goyal and her son Prashant.

The event also marked the three-month anniversary of the death of the family patriarch — Purushottam Goyal. They miss him terribly. (The Goyals had been married for nearly 50 years.) 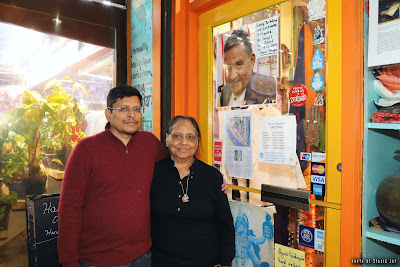 Saroj intends to keep the store up and running.

Here are a few scenes from Wednesday night... 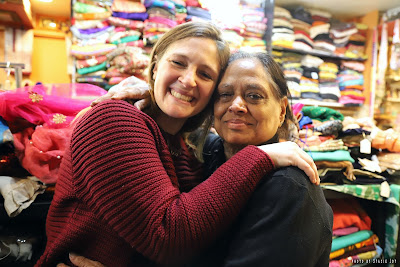 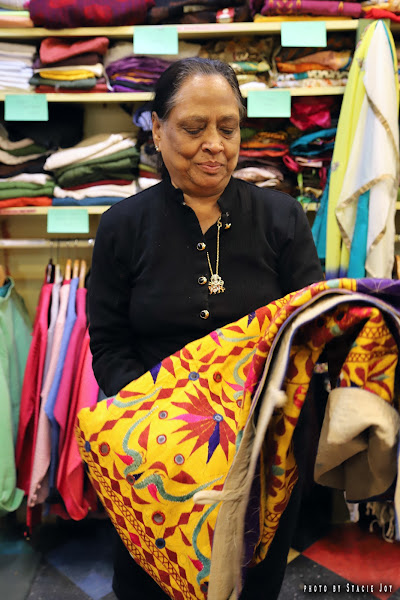 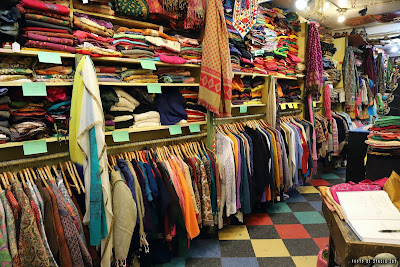 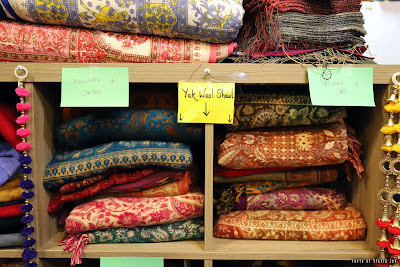 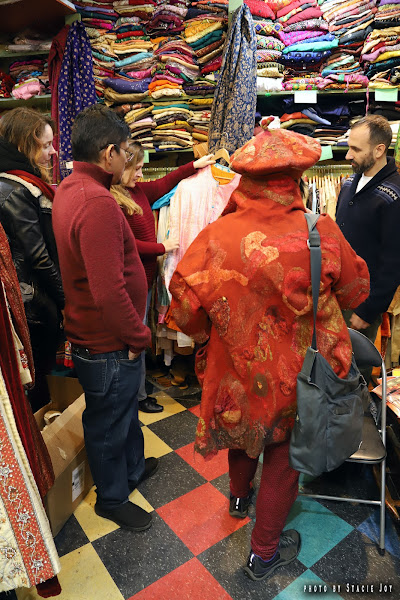 There's also a book on the front counter for people to leave remembrances of Mr. Goyal (read more about his life here) ... 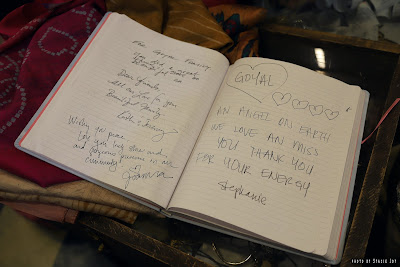 Dress Shoppe II is located at 83 Second Ave. Find them on Instagram here.
Posted by Grieve at 4:30 AM

Those are some really nice photos. Thanks for sharing. Looks like a nice shop.

Oh no, how sad. I loved that store and Goyal. Over the years he sold me probably half my wardrobe and most of my deity statues. I had not been over there in a while so did not hear the sad news till now. He was a lovely person and will be missed.

Aaron Goyal, I am terribly sorry to hear of the passing of your husband. He was always so nice and I enjoyed his postcards very much.