The new-look storefronts at 99 Avenue B 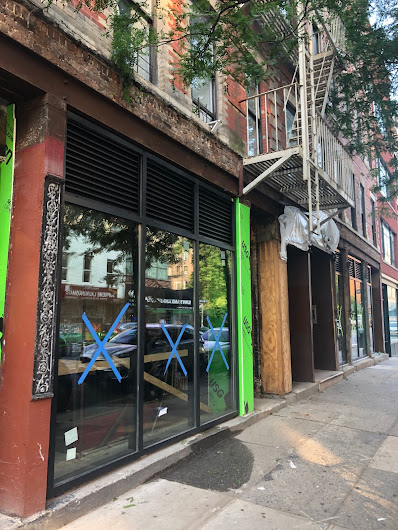 After nearly five months, the plywood came down Tuesday outside the under-renovation storefronts at 99 Avenue B between Sixth Street and Seventh Street... 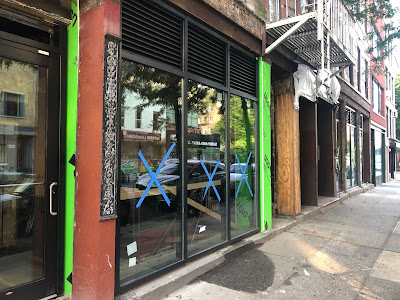 Looks a little more life-like than the broker's rendering... the spaces are both available. No mention of the rent.

The space on the left was home to Manitoba's, which closed in June 2019 after 20 years in service. A little bit of the old exterior from the bar run by Handsome Dick Manitoba of the Dictators is still visible through the new front door... 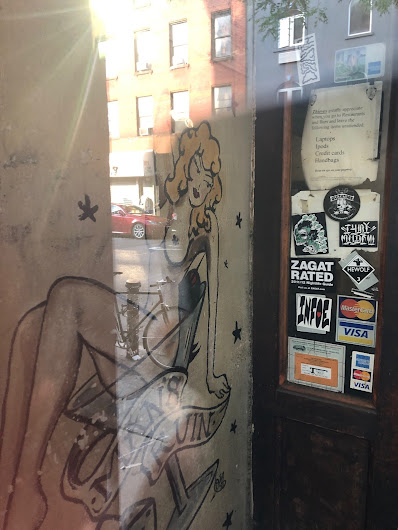 The other vacant space was East Side Ink, who moved one storefront to the south in early 2017.

• The former Manitoba's space receives the plywood treatment on Avenue B

Who wants to offer odds on how long these bland, unappealing boxes will remain empty? Or on what chain will finally move in?

will be empty for years. I sitll Manitobas on these hot days...

I was surprised to see this progress and the progress at the whole strip on B between second and third. Hopefully something good comes into both locations! Certainly better than more vacancies and graffiti.

Thank you @neighbor for that look at the bright side of things.

Thanks 1:24. The city and this blogs need some more positivity!