The former Manitoba's space receives the plywood treatment on Avenue B 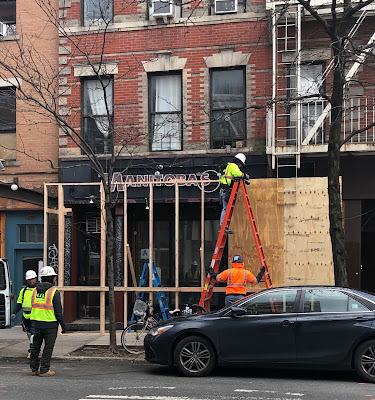 Workers yesterday put up a plywood front outside the former Manitoba's bar at 99 Avenue B ... something they did the previous day at the currently vacant space next door (East Side Ink moved from here to the adjacent storefront in early 2017) ... 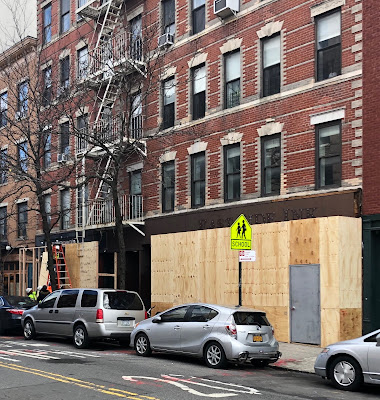 One of the workers told EVG correspondent Steven, who took these photos, that they are renovating the exterior of the two empty storefronts. He didn't know about any possible new tenants.

A mystery applicant was on the CB3-SLA docket last October for the Manitoba's space, but they withdrew before the meeting.

To recap, East Side Ink is open at 95 Avenue B, next door to their former home.

Previously on EV Grieve:
Manitoba's has closed
Posted by Grieve at 4:14 AM

The plywood is fair game for super girl tags.

Hopefully not an annoying brunch place for loud 23 year olds who do not even live in area ....