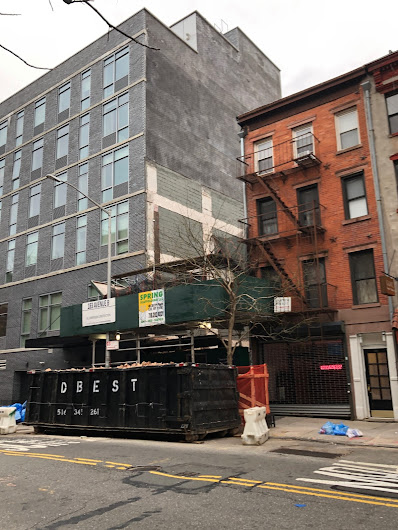 It appears that the four-story building that was 183 Avenue B has been demolished... 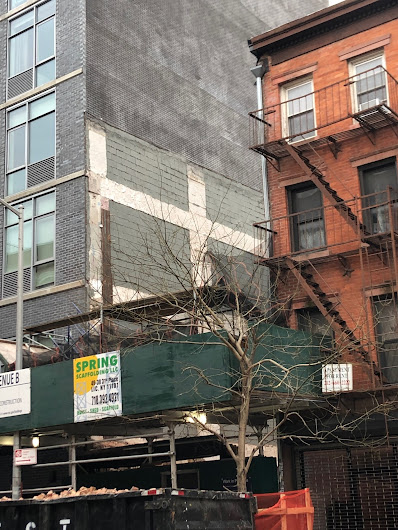 As we reported back in June, there are plans for a new 8-floor residential building here between 11th Street and 12th Street.

According to the permit filed with the city, the building will have 12 residential units with ground-floor retail.

New York Yimby pointed out that the units will "most likely [be] rentals based on the average scope of 689 square feet."

In January 2017, Corcoran listed the property with a $4.75 million ask. The building — with air rights intact — sold for that exact amount in April 2017, per public records. The DOB permit lists Richard Pino via the Tompkins 183 LLC as the owner.

Units in the building had apparently been recently renovated, per the listing at the time ... 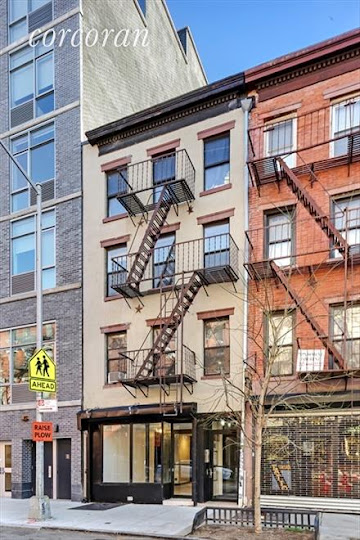 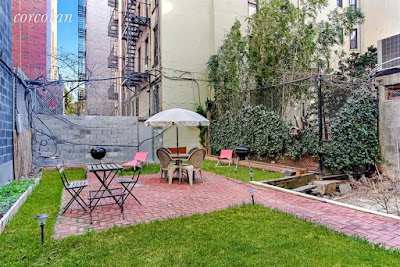 Email ThisBlogThis!Share to TwitterShare to FacebookShare to Pinterest
Labels: 183 Avenue B, demolition

What's up with Guac? Is it closed for good?