Things that go boom in the night: As Bush Tetras prepare for their 40th anniversary show 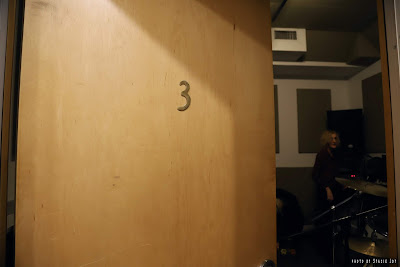 There’s another band practicing in Rivington Music Rehearsal Studios at 188 Stanton St., Room 3 on Friday night at 6, which is when NYC legends Bush Tetras are supposed to begin their own two-hour rehearsal.

The four members of Bush Tetras are prepping for their upcoming 40th anniversary show at le Poisson Rouge on Feb. 21 with 75 Dollar Bill opening.

The post-punk no-wave band, with roots in the East Village, is Dee Pop, Val Opielski, Cynthia Sley and Pat Place. While waiting for the room to open up they decide to sign a copy of their 2018 album Take the Fall. 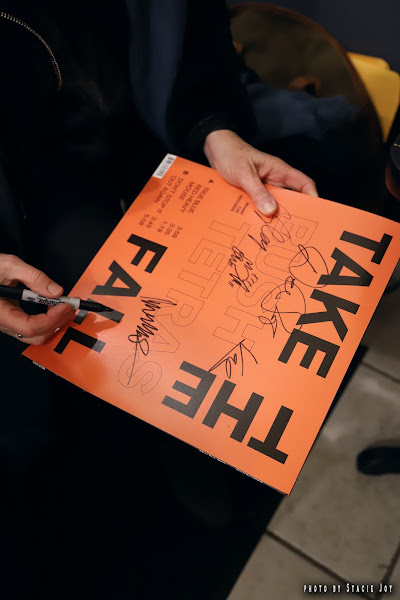 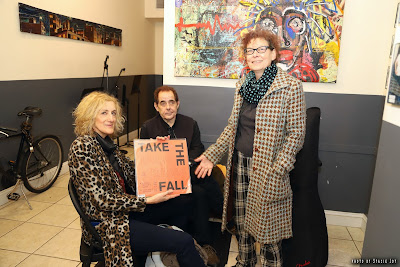 I get a sneak peek at the big show’s potential setlist before Dee alerts the current members of Room 3 that they are officially over time. 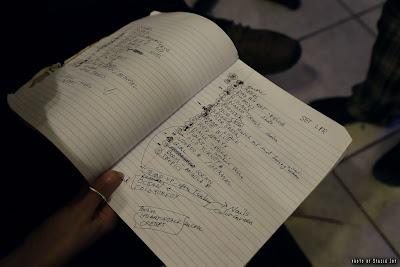 Once inside, Cynthia sets up some percussion instruments on a shelf and tosses down a pack of cough drops while Pat tries out her new guitar strap and sets up her foot pedals. Val takes off her shoes and pads around the space barefoot setting up her much-loved bass, which she tells me she once left on the subway accidentally (it was returned!). Dee peels some tape off the drum kit to help Cynthia hold up the show flow and they all settle in to start the business of rehearsal. 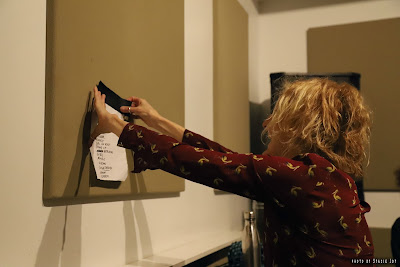 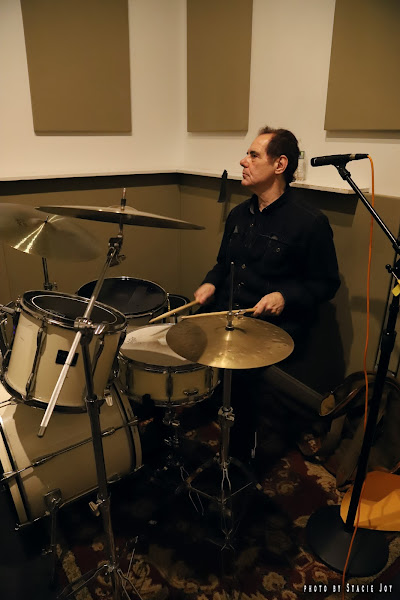 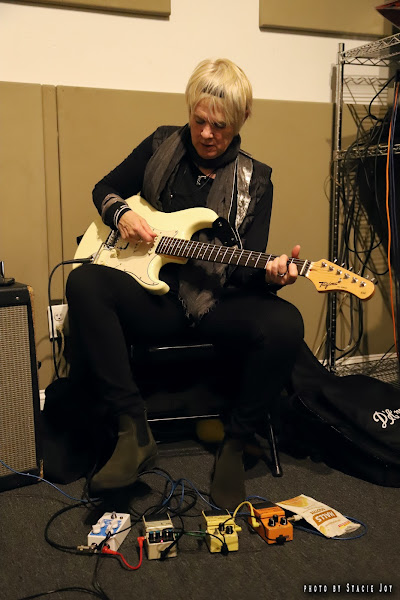 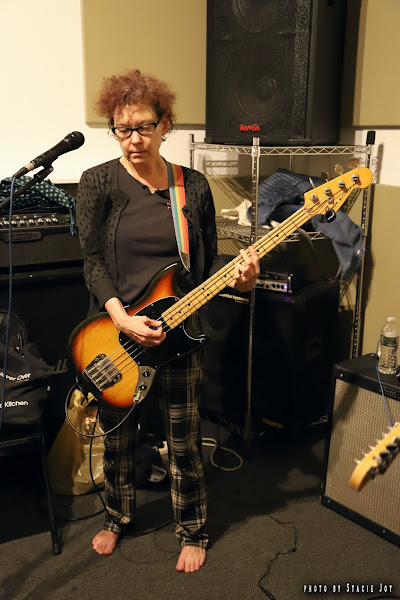 The space is tiny, and the time is limited so after snapping some shots (and one quickie video clip of “Snakes Crawl”) I head out. Room 3 isn’t soundproofed, so I get to hear the band as I walk toward the front door, stopping to take a photo of the band’s RMRS portrait, which hangs in the hallway. 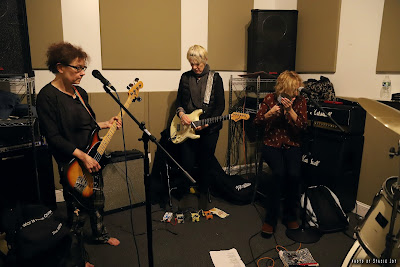 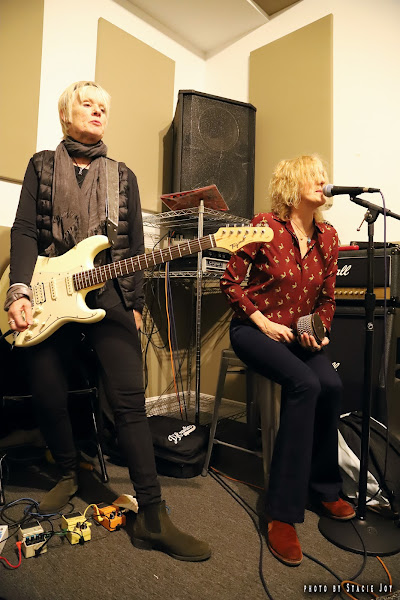 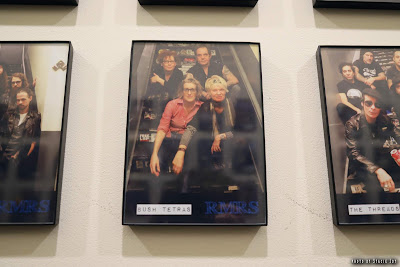 You can keep up with the band at this link. And you can hear them live on WFMU's The Evan "Funk" Davies Show next Wednesday night at 9.
Posted by Grieve at 7:00 AM

Love all of them... still one of the best live bands... they hit the groove every time...