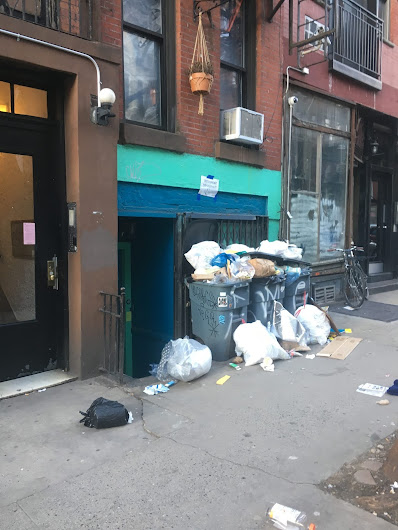 Someone has made homemade signs pointing out who is managing the buildings on Seventh Street between Avenue A and First Avenue where the trash routinely overflows on the sidewalk... 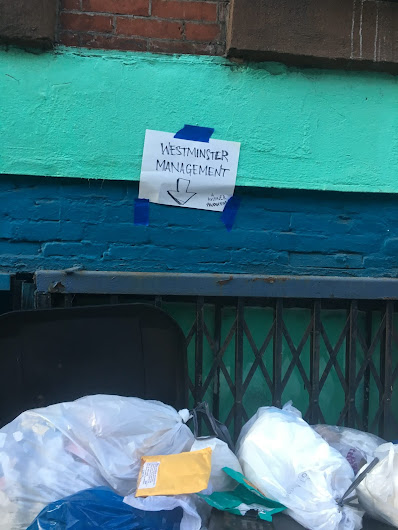 The signs are in front of buildings owned by the Kushner Companies and managed by its subsidiary Westminster, per a tipster on the block... (they note "A Kushner Production") 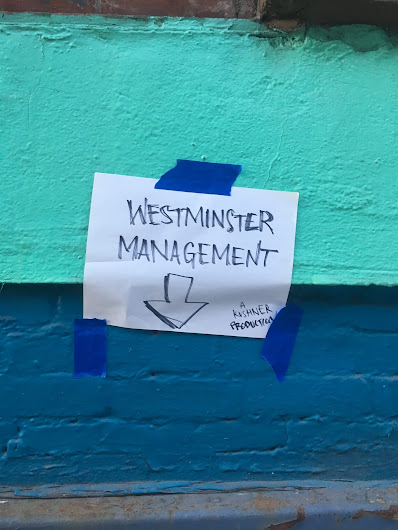 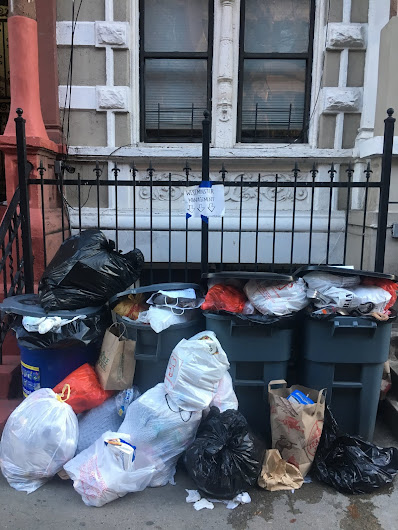 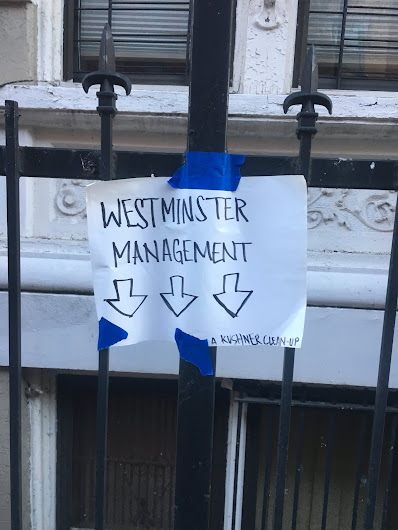 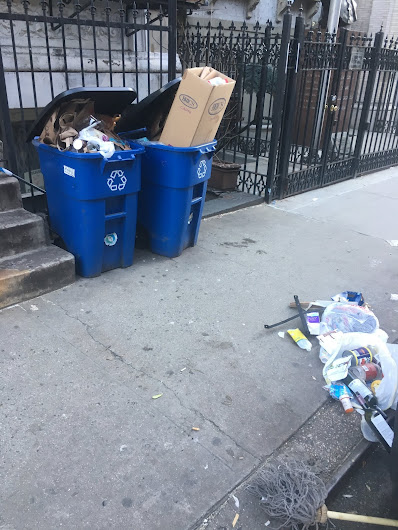 Per the tipster: "They refuse to hire a super on Sundays to prevent this mess every week. And the fine from sanitation is less than what they’d pay him anyway. Saving money by trashing the hood."

Last March, The Wall Street Journal reported that the Kushner Companies, formerly led by current White House adviser Jared Kushner, planned to sell five of the 30-plus buildings in their East Village portfolio.

The company was also accused of illegally operating nine apartment buildings in the East Village and Williamsburg, according to an investigation by City Council member Ritchie Torres and the watchdog group Housing Rights Initiative. A DOB spokesperson told the Associated Press that the issues stemmed from "paperwork lapses" and characterized the investigation as "pure grandstanding."
Posted by Grieve at 4:15 AM

Just like icon allowing 21-23 avenue B to get totally covered in graffiti despite having gates with street art that actually deter it. Those are never pulled down of course. What gives!?

They have at least one company run AirBnB in my building.

They are also the managing agents for 500 East 11th Street, which boasts the same unsightly Everests of overflowing trash, but in even greater quantity, along the north side of the building, sometimes on either side of the front door, several days a week. I feel sorry for the super who has to deal with all the garbage being thrown out by the supposedly eco-conscious generation living there now.

Yeah, the biggest lie about millennials is that they care about the environment. In my current business, I get inside a lot of apartments. Old people recycle, millennials are throwing plastic to the garbage.