On the CB3-SLA docket tonight: A 10th Kitchen for Avenue A; Coppelia for East Houston 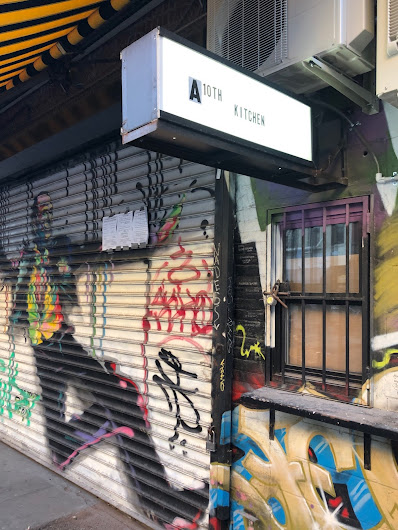 Tonight marks the second of Community Board 3's SLA & DCA Licensing Committee meetings for the month.

Among the applicants vying for new liquor licenses:

An applicant is on tonight's agenda for the vacant restaurant space (pictured above) between 10th Street and 11th Street. There's already signage up for the venture, called A 10th Kitchen.

There aren't many details on the application (PDF here) other than that A 10th Kitchen will serve a menu featuring "New American" cuisine between the hours of 11 a.m. to 2 a.m. Monday through Friday with an 11 a.m. start on the weekend.

The questionnaire shows 13 tables for 26 guests along with a six-seat bar. The applicant, listed as Enkeleda Kelmendi, has not been licensed before, per the paperwork.

Flinders Lane closed here in August 2018 after five-plus years in service. Before the Australian restaurant, this space was previously The Beagle ... and Orologio before that. 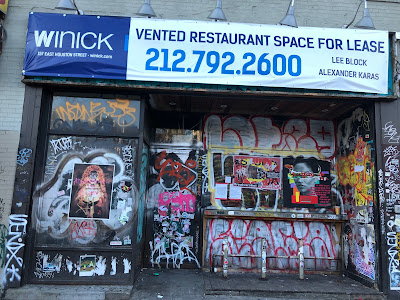 An outpost of Coppelia, the 24/7 Latin diner on West 14th Street, is vying to open at 157 E. Houston between Allen and Eldridge. The application (PDF here) shows space for 58 diners as well as a bar with 14 stools.

The diner is part of the same family as Yerba Buena, the now-closed restaurant at 23 Avenue A, and Toloache, the Mexican bistro up in Midtown.

Side note: The paperwork for this applicant previously (and mistakenly?) showed up at 205 Allen St. ... 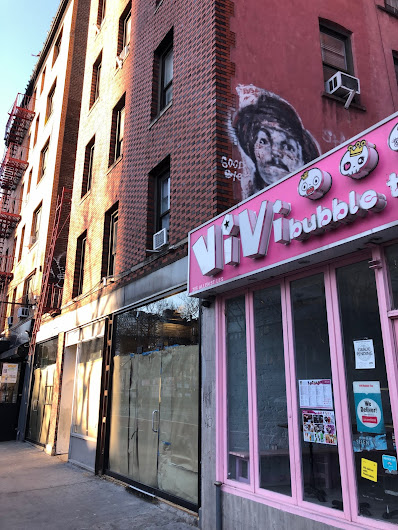 ... the former Domino's pizza space, which looks as if a new tenant is on the way in... 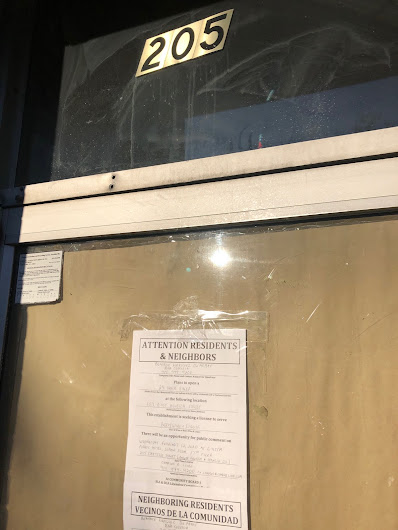 The CB3 committee meeting is tonight at 6:30. Location: the Public Hotel, 17th Floor, Sophia Room, 215 Chrystie St. between Houston and Stanton.
Posted by Grieve at 4:10 AM

"New American"? What does that even mean? Oh, right, it means "We can't figure out what kind of food we want to serve so we'll mash a bunch of nonsense together and call it "New America" and hope people patronize us".