MAD Toast House has gone out of business 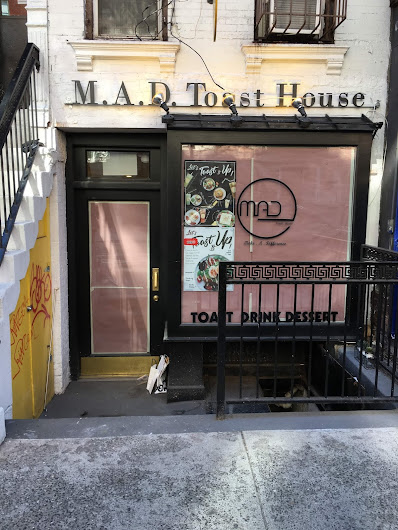 A tipster noted that paper arrived on the door and window yesterday, officially bringing an end to the shop that served a variety of bubble tea, sparkling water and toast-related creations. Yelp and Google both list MAD as permanently closed.

MAD opened early last June, and lasted 43 (and a third) years less than the previous tenant, Clayworks Pottery, which was forced to close in the fall of 2017 thanks to predatory landlord Raphael Toledano.
Posted by Grieve at 4:00 AM