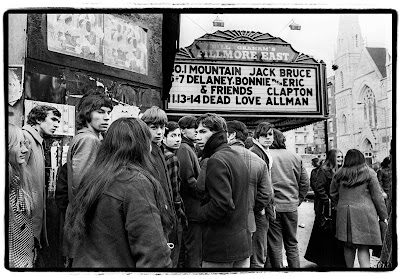 The New-York Historical Society debuted a multimedia exhibit this past Friday on Bill Graham (1931–1991), the influential concert promoter.

"Bill Graham and the Rock & Roll Revolution," on display through Aug. 23, features a large section on the Fillmore East, which had a three-year run starting in 1968 at 105 Second Ave. at Sixth Street.

The sibling to Graham's Fillmore West in San Francisco brought performers such as the Doors, B.B. King, Roberta Flack, the Byrds, the Grateful Dead, Taj Mahal, Jefferson Airplane, Pink Floyd, Jimi Hendrix, Joan Baez and the Who to the East Village starting in March 1968. 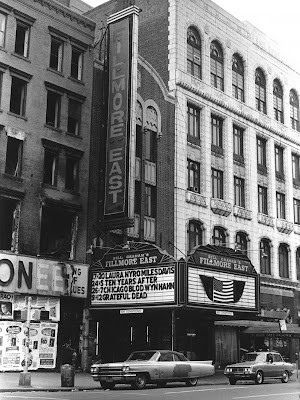 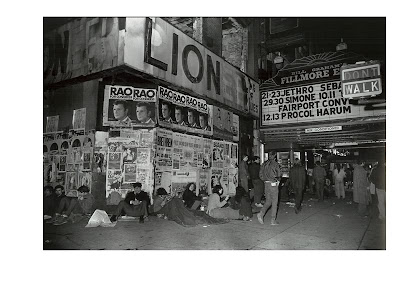 105 Second Ave. opened in 1926 as a Yiddish theater, soon becoming the Loew’s Commodore movie house, followed by the Village Theater. In the 1980s it was the nightclub The Saint, becoming Emigrant Bank in 1995 and then Apple Bank in 2013... 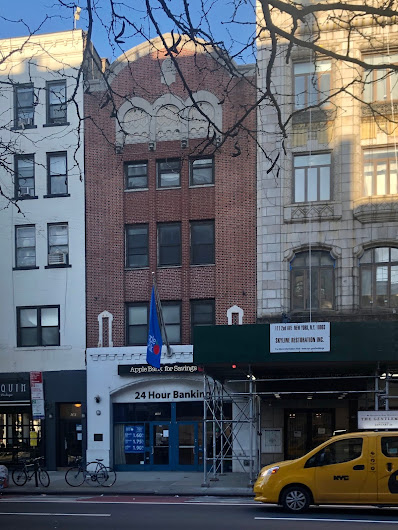 The Times has a preview of the exhibit at this link. Frank Mastropolo, the author of the forthcoming book "Fillmore East: How One Venue Changed Rock Music Forever," has a preview piece here.

The New-York Historical Society is at 170 Central Park West at 77th Street.

With the opening today of “Bill Graham and the Rock & Roll Revolution” at the New-York Historical Society, we decided to check for Fillmore East ads in the archives. ¶ Who knew that Pink Floyd was “the reigning number one space group in the known world!!!” ¶ Read the full story in “An Impresario Gets the Star Treatment” on the Voice homepage. #billgrahamrocks #thedoors #janisjoplin #psychedelicrock #joshualightshow #fillmoreeast #pinkfloyd #tinytim #classicrock #nyhistory

wow that corner building got hit hard in those years

What a great period for music. Been there many times. You had the Electric Circus over on St Mark's place. Looking back, the Filmore was everything. 3 bands jamming along along the lightshow. Miss the music artist and my hair

The Saint was amazing and legendary

We have seen the best of our times.