According to the Lucky Cheng's Facebook page, the drag cabaret will likely have a soft opening at their new 52nd Street location on Sept. 26 (subject to change, of course...) 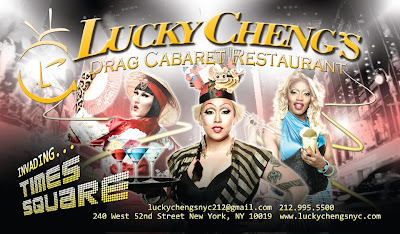 12pm for interviews as a boy. Bring a resume and a picture of you as a girl.

5pm for auditions as a girl. Bring a number no longer than 2 minutes.

***Everyone must audition regardless of applying for host, bar, or server.***

***This process will be filmed by Peacock Productions for potential inclusion in a reality television show project. You DO NOT have to be filmed in order to be considered for employment.****

Last note about the new Lucky Cheng's ... Martin Scorsese has made use of the new space. According to Page Six, his crew "decked out the soon-to-be-open drag bar ... to look like a strip joint" for a scene in his upcoming "The Wolf of Wall Street," starring Leonardo DiCaprio and Matthew McConaughey.

Per Page Six last Friday: "The girls were rubbing their breasts in Leo’s face," says a source. "There were five or six of them, but he seemed very professional and looked great in an ’80s-style suit."

Not sure what the "five or six of them" refers to...Uh, meanwhile, no official word yet on a new tenant for the current space on First Avenue... 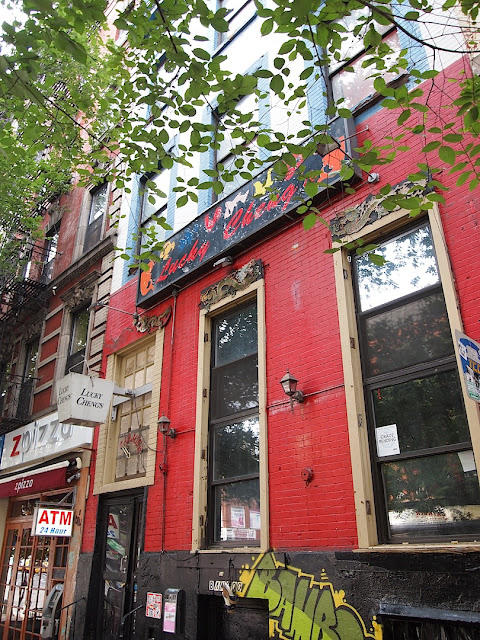 Previously.
Posted by Grieve at 5:40 AM

Speaking as a straight guy, I'd say "soft opening" is pretty dang apt!!!