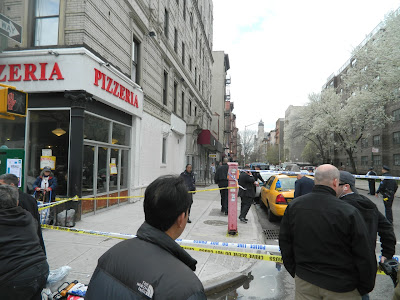 Many readers shared news of a large police presence yesterday afternoon around 2 on Avenue C and East Third Street. According to witnesses, a man was shot in the stomach "in a drug deal gone bad."

According to the Post today, a gunman shot a 52-year-old man before fleeing. The victim is at Bellevue. His injuries were not life-threatening, per the Post.

The shooting occurred near Lebrini's Pizzeria on the corner of East Third Street and Avenue C. Owner Bobby Lebrini passed along the photos here. He believed that there were two men who met the victim, who was standing in front of the cab in the photos. One man stood on the corner while the other two talked for about 1 minute. That's when the one man allegedly produced a gun and shot the victim in the stomach.

"It must have been a small caliber — like a .22 — because there were like 10 people in the pizzeria and no one heard it or reacted to it on [the video surveillance]," Lebrini said.

Both men, who were described as Hispanic, took off south toward Houston. 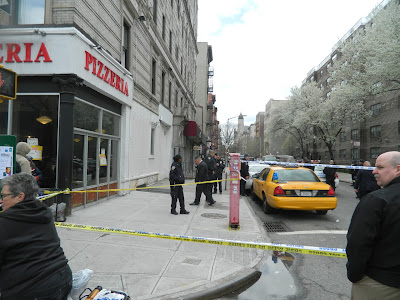 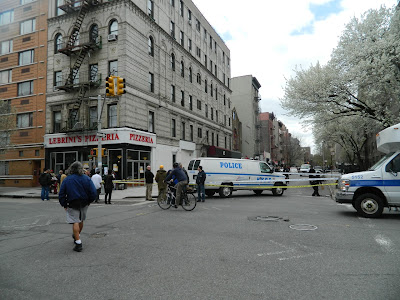 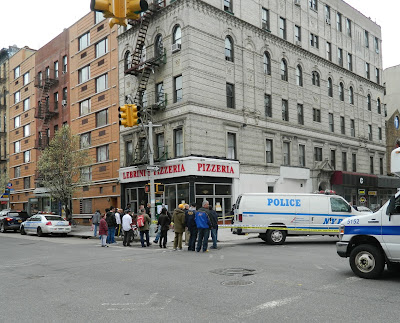 There has been no update or statement issued by the police. Disturbing.