What is happening with the Mono + Mono space? 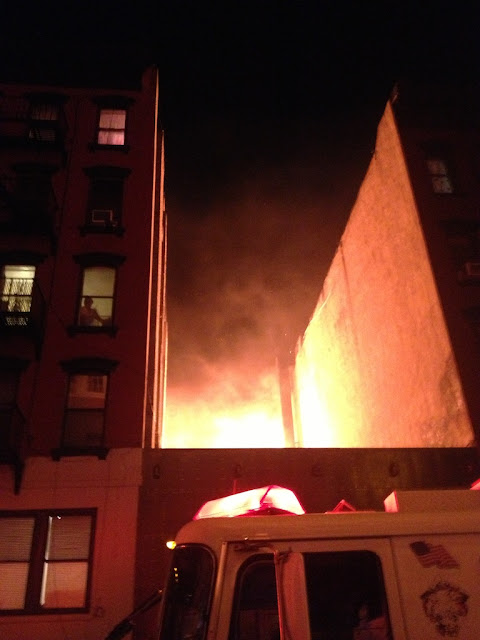 Now, nearly a year later, there hasn't been any sign of life at the restaurant that served Korean fried chicken and was known for playing a collection of upwards of 30,000 classic jazz albums. 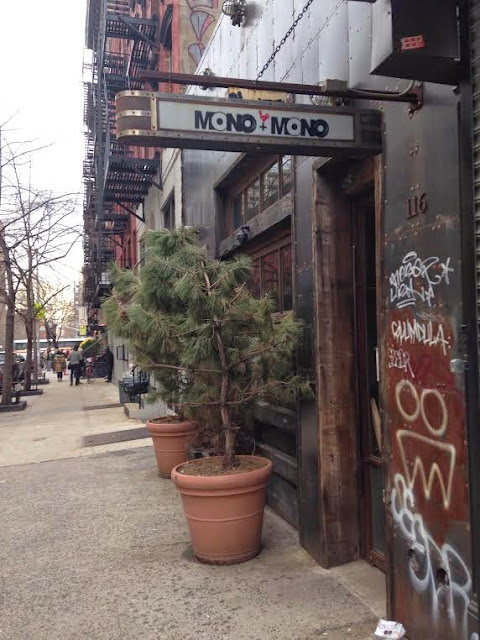 An EVG reader who lives next door here between First Avenue and Second Avenue shared this photo (taken two weeks ago) showing the fire-damged roof... 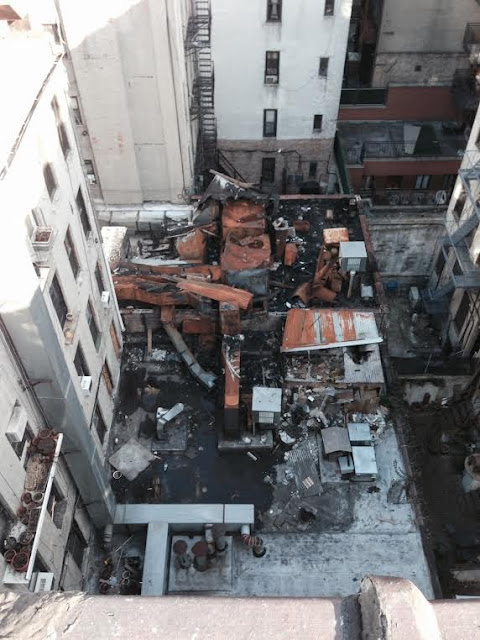 The restaurant hasn't updated its Facebook page since May 7, where they wrote that "We're committed to reopening in a few weeks as your favorite East Village destination for 30,000 jazz albums, Korean fried chicken and soju cocktails. Thanks for your support. We'll be back stronger than ever!"

DOB records show an application on file with the city to "rebuild existing bar after fire damage, new HVAC system." The city disapproved the plan on March 18.

So it appears a reopening is in the works.., but it's just taking forever to actually happen.

Also, a "full vacate" remains in effect for the address.

reading this gave me life!