Biang! is hiring, and looks to be open soon in the former Alder space on 2nd Avenue 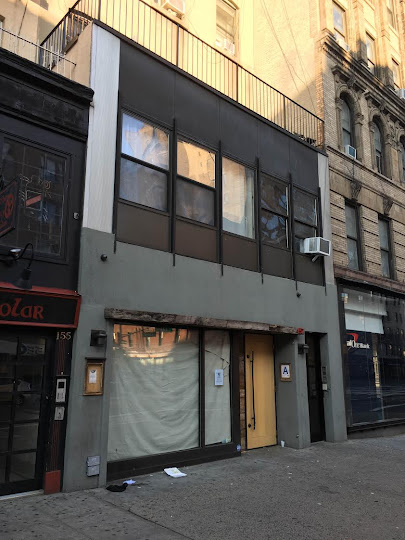 The sign on the restaurant front here between East Ninth Street and East 10th Street notes that Biang! is now hiring servers and buspersons... with a December 2015 opening date. 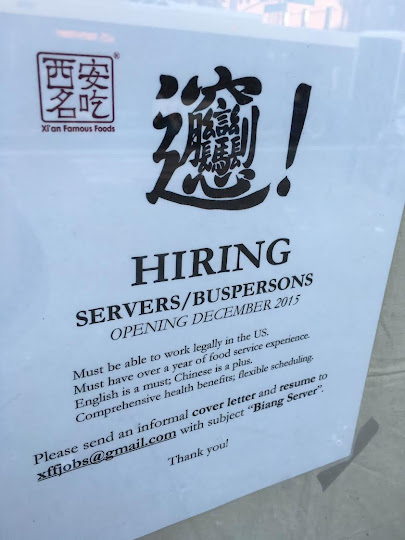 So it sounds as if they are quickly converting the space of the previous tenant, Alder, chef Wylie Dufresne's bistro that closed after two-and-a-half years at the end of August.

As Eater noted, the well-regarded Biang! — which specializes in skewers and noodles — received one star from The New York Times. Biang! was also included on Michelin's Bib Gourmand list.

Correction: the CB3 calendar shows they have applied for a full liquor license ("OP"), not beer and wine.

As I recall, Alder also had a full liquor license