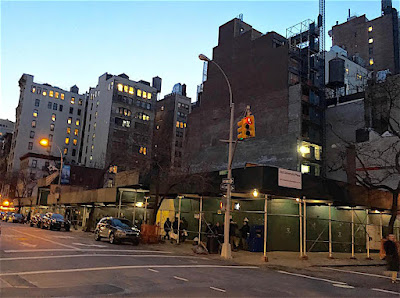 As you probably know, the west side of University Place between East 12th Street and East 13th Street — former home of Bowlmor Lanes and other businesses — is now an empty lot waiting for 23 stories of condos.

And yesterday, Curbed got the first look at the Annabelle Selldorf-designed building via developer Billy Macklowe... 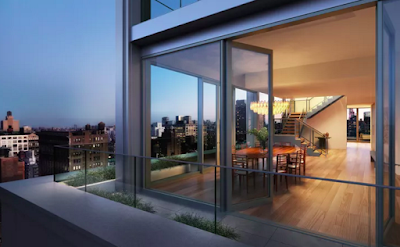 As for pricing, here's Curbed:

Bowlmor Lanes closed in July 2014 after 76 years in business.

Here's what's left of the block of University Place that once housed Bowlmor Lanes
Posted by Grieve at 4:19 AM

I'm hoping they will have "poor door" in this building for those of use with only $1 million to spend.

Ah, "one bedrooms will start at about $2.34 million" - yeah, let me check my bank account and get back to you.

I'm so glad we're going to start getting some quality people in to replace the riff-raff!