Report: East Village to be home to a Tim Burton-themed bar 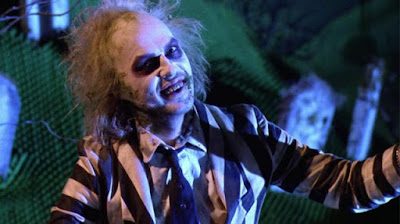 The Wall Street Journal (subscription needed) explores the apparent trend of bars opening that are "themed around famous, or semifamous, people." Like Le Boudoir in Brooklyn Heights, which was made to look like Marie Antoinette’s sitting room.

And then there is Stay Classy, the Will Ferrell-themed bar that opened last October on Rivington Street.

According to the article, there are plans to open Stay Classy locations in other cities.

The personality-driven bar appears to be catching on. Stay Classy’s owners are planning on a similar spot themed around the filmmaker Tim Burton (“Beetlejuice,” “ Edward Scissorhands”), set to open in the East Village in May.

There isn't any mention of where this might be in the neighborhood. To be continued.

Until then. Here's more from the Journal about why bar owners are turning to gimmicks to open a new place.

Bar-industry experts say increasing competition is what is pushing bar owners to find their niche. A generation ago, it was enough for an establishment to simply market itself as a sports bar.

Now, even a craft-cocktail bar isn’t much of a distinction. “You’re going find one of those every two or three blocks in New York,” said Art Sutley, publisher of Bar Business Magazine, a trade journal.

EVG you are really bumming me out today.

This should be fun. I love Geena Davis.

Good idea, Stay Classy. How about a Sweeney Todd theme too with killer craft cocktails and artisinal meat pies. Ummm, today's special is the "Brandon."

What a great idea, especially after that fiasco with the Adam Purple theme bar. How about a Son of Sam Saloon, just don't order the shooters or Bloody Marys or else you could be his next victim.

Love Sweeney Todd but me thinks a little too high brow for a theme bar crowd, they demand Disney or nothing.

A New York City themed bar would be cool.

I'm of two minds about this ... a theme bar can be interesting -- for example, I always thought the Korova Milk Bar on Ave A was cool. But that is a theme bar about a bar, so it makes sense. Like if someone wanted to make a Moe's Tavern, OK. But when theme bars are about ANY random thing, that sort of gets into Times Square/theme park territory. I love Beetlejuice, but a Beetlejuice BAR seems appropriate for the Universal Studios park in Orlando, not on 2nd and 9th or whatever.

I don't drink anymore but it's just baffling to me that people need so much foofaraw these days just to get intoxicated: Santacons, 8 a.m. first calls, stupid outfits, dubious themes. Can't people just sit and drink in their regular attire without some sort of "experience" to go with it?

I'm waiting for a bar whose theme is "we don't serve alcohol because we're not that kind of a bar".

Imagine how much it will blow people's minds when they find out that it's possible to have a good time even when sober! (Of course the bro's won't know anything about that until they're told "hey, it's either AA or a kidney transplant".)

I'm waiting for a bar whose theme is "we don't serve alcohol because we're not that kind of a bar".

Seriously, they had every kind of bottled water.

I can't believe someone hasn't opened a Walking Dead (or Fear The Walking Dead) bar where people dressed up like zombies not only serve you but lurch to serve you and do everything else zombie style.

Pretty soon there will be a " whiny liberal" bar opening