Report: Coyote Ugly is now a global brand worth $80 million 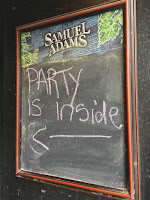 Fox Business checks in with a story about Coyote Ugly, the 23-year-old bar on First Avenue between East 10th Street and East 11th Street that spawned a global empire.

Liliana "Lil" Lovell, Coyote Ugly CEO and founder, said that she opened the First Avenue location in 1993 with $70,000. Today, there are 20 Coyote Ugly bars worldwide (she owns 11 of them). Last December, her company opened up its fifth location in Russia. In May, a Coyote Ugly debuts in Wales ... and the company has plans to set up bar in Montreal by August, per Fox.

Lovell said that the company is worth $80 million today.

“I was like wow, who would have thought this little dive bar in the East Village would take off?"
Posted by Grieve at 12:15 PM

But do those outposts of Coyote Ugly serve water with their whiskey or serve water at all?

I always thought they sold more T & A than drinks.

If I recall, the movie put the bar on the west side, somewhere under the High Line. Did the bar move at some point, did the movie get the location wrong, or did I misremember?

They filmed the movie at Hog and Heifers on W 13th and Washington.

The movie was based on coyote ugly, but took a LOT of inspiration from Hogs n Heiffers. Before opening Coyote Ugly, Liliana tended bar across the street at the old Village Idiot(and danced on the bar whenever Jolene played, but no bra tossing). After the idiot closed, Allan Dell, one of the owners opened hogs n Heiffers, and Liliana opened her place.

I used to live down the block from the Village Idiot...never has a bar been more truly named. A cesspool of idiocy!

This place is a dump and has had a terrible history, being an awful neighbor for almost all of its history there on 1st Avenue. Be impressed if you want to about the millions of dollars and the business growth, but this dive has damaged and left a scar on the East Village.

Good knowledge 3:26. I'd really prefer if they didn't encourage (force?) their bartenders to dance on the bar. But I guess you don't get to an $80mm valuation without selling sex... and tens of thousands of bud lights...

4:51 PM: I never noticed much noise or rowdiness after walking past Coyote Ugly a million times. I know someone recently complained that they make a lot of backyard noise.

If Coyote Ugly is worth $80 million, ithen I have a vomit covered bar and a six pack of Budweiser that I'm willing to part with for a million.