Report: There's a $10-million lawsuit over use of Great Jones Alley for new development 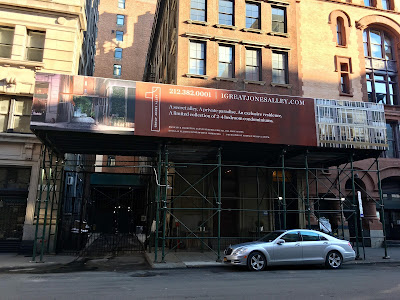 The 12-floor condoplex with a $30-million penthouse is moving skyward at 688 Broadway between Fourth Street and Great Jones.

The 16-unit project is known as 1 Great Jones Alley, which the developers say will include a "private gated alley" via Great Jones Street...the broker bunting on the sidewalk bridge promises "a private paradise" ...

However, this paradise is currently clouded in a lawsuit. The co-op board of 684 Broadway, the building at the corner of Great Jones with multi-million-dollar condos, is suing the developers of 1 Great Jones Alley.

Here's the Post with details of the $10-million lawsuit over the 137-foot alley:

The developer is “not authorized to remove and/or alter the gate that sits at the entrance to the alley … [and] do not have the right to advertise the alley as ‘private’ to potential buyers,” according to court papers.

The developer of 1 Great Jones Alley cannot even allow cars to sit and idle in the space — without the consent of 684 Broadway, the suit contends.

The co-op wants the condo’s misleading ads to end, and are asking a judge to order 1 Great Jones Alley to tell their residents no cars, or changes, will be permitted.

“The board believes that part of the alley and gate belongs to 684 Broadway, and felt that they had to file this lawsuit to protect their property rights,” said 684 Broadway in a statement via its lawyer, Robert Brown. 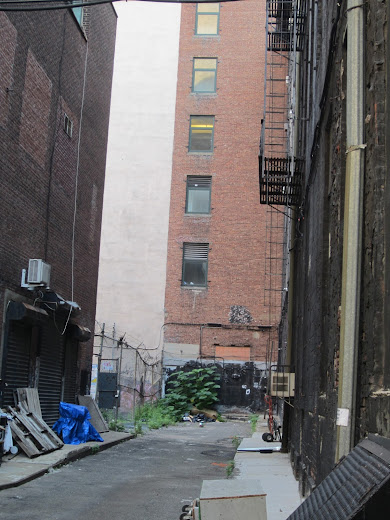 And in the rendering ... 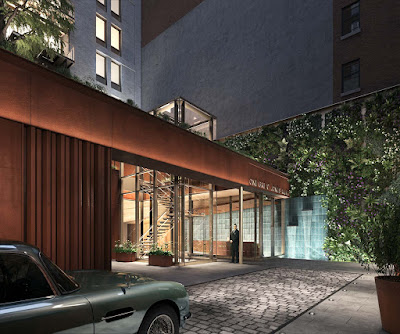 On the topic of 684 Broadway, when did that Brazilia Café in the retail space close? Only just noticed that the other day.

And you can read some history of the alley here.

Construction watch: 688 Broadway, aka 1 Great Jones Alley
Posted by Grieve at 11:58 AM

For what it's worth, 6 Cortlandt Alley downtown is promoting the same exact thing, and nobody seems to be complaining.

I can't wait for the future, when everything will be sanitized and safe for rich people.

Dang, Grieve!
Brazilia Cafe closed, like what? last spring, or something?
Hey man, it's ok to cross west of Lafayette once in awhile.
You could check out the shit storm that is DŌ. (Oh it's a scene, man.)
https://www.cookiedonyc.com/line-closing-policy/

Ha! Will make a note to go west one of these days...

I get my Edible Protein Cookie Dough fix via The Lion's Choice!

What about that junky in the alley with a baseball bat?
I never for once thought of NYC allies as belonging to anyone but the city but I guess I am wrong. Aren't they service streets to all buildings which border on them?

I believe that the Brazilia Cafe closed last spring. It was opened one month when I went in and next month it was gone.

The Alley is probably NYC property, a public street, not a private one. The City planners should be overseeing this with a careful eye and an alert mind....if that is possible.

Truth to 9:05, no way the other buildings can be closed off from easement there. Probably against several codes, most importantly emergency evacuation and fire stuff. This marketing is offensive, they are doing everything they can to not be thought of as on broadway, including illegally taking over public and other buildings space.

Thanks for bringing this up grieve and wish the co-op all the best of luck.

That's exactly what they're doing down on Cortlandt Alley; don't know if it's the same company developing both of these properties or not.