A pizza for Count Slima 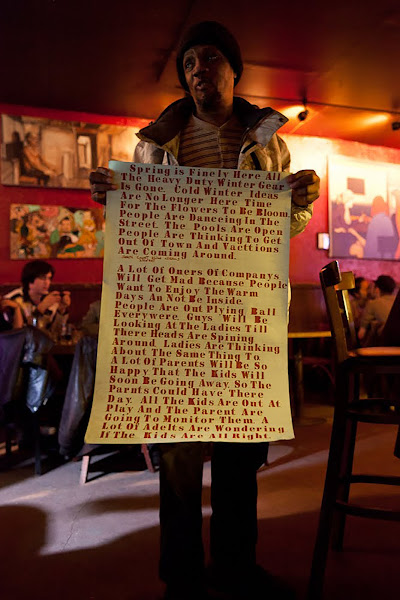 Joseph "Count Slima" Williams worked for the Two Boots family for 30-plus years, starting with helping build the original location at 37 Avenue A in 1987.

He has retired from Two Boots ... and now the pizzeria has named a pie in his honor.

Starting today, you can grab a slice of the Count Slima, featuring bacon, andouille meatballs and tasso ham on a thick Sicilian crust...

Man, mutant, legend...Get ready for a whole lotta Count Slima! This special new pie is named in honor of the legendary poet and East Village icon Joseph 'Count Slima' Williams and is the newest addition to our Daily Specials rotation. Grab it on Tuesday at any Two Boots or catch the man himself on the street in the East Village or probably (or definitely!) at the pool table at Sophies! Artwork by @mikerothart #twoboots #pizzapioneers #definitely #CountSlima #pizza #nycpizza #nycfood #art #pizzaart #pizzeria #eastvillage #sophieseastvillage #legend

Even if you don't see Slima playing pool at Sophie's (on Fifth Street between Aveue A and Avenue B), you can still see his artwork that adorns some of the walls there.
Posted by Grieve at 4:20 AM

Still miss the original location. I grab a slice at what used to be their video rental store but it's just not the same... Will def check this new one out tho.

sounds awesome. and he's the man.

Sounds like a heart attack on a plate—but I am happy to see Slima getting more than his 15 minutes. I've known him for years—via CHARAS—and love him.