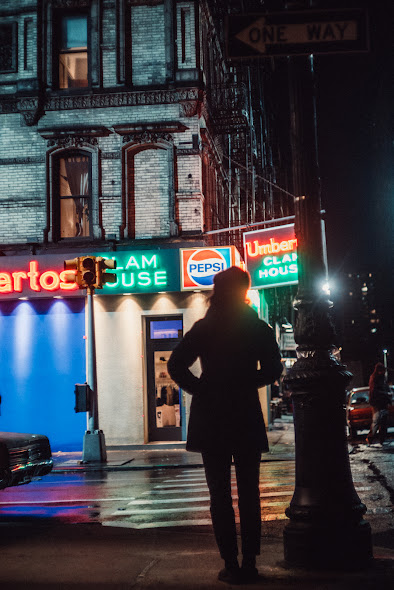 Last week, Martin Scorsese’s "The Irishman" took over the corner of Orchard and Broome for filming. Villa Roma Productions brought in classic vintage cars and made over this Lower East Side corner to resemble one from Little Italy a few blocks West — specifically Mulberry & Hester — creating historically accurate facades and business signage.

Set mere steps from the Tenement Museum, it's not surprising to anyone familiar why the area is so popular for period pieces. Previous productions shooting here are too numerous to mention, but this may be Orchard Street’s most significantly altered state since Steven Soderburg’s Cinemax vehicle, “The Knick,” was filmed here in 2014–2015."

Scorcese’s romance of 1960-70’s New York City, always brings out a bevvy of amazing images. Vintage cars littered the neighborhood and included a Cadillac, Lincoln, Chevy, Dodge and Plymouth. The scene in question on Friday evening included a swanky (mob?) family arriving via a Sedan De Ville to Umberto’s Clam House (Tictail Market). Across the street, Irving Coffee Roasters had been completely turned into Al’s Shoes, where the cast and crew was treated to a cupcake party celebrating their friend Marty’s birthday.

As is often the case on big production sets, there seemed to be one person for every specific task that could be imagined. Prior to the Umberto’s arrival scene, a scenic artist came out to paint dirt onto the facade. 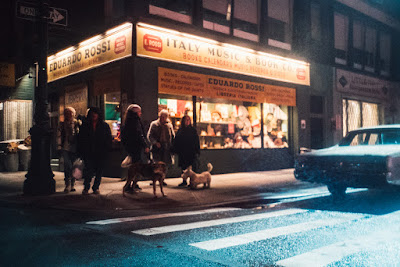 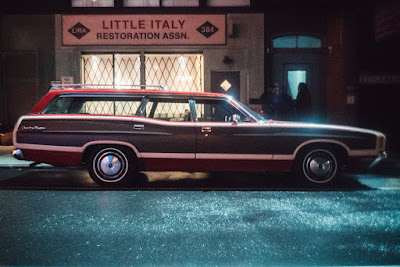 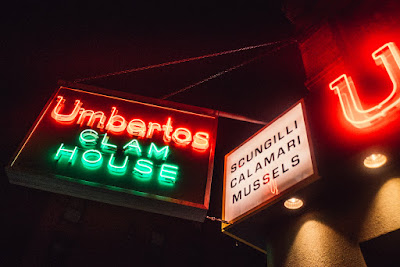 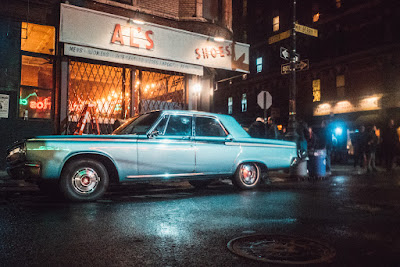 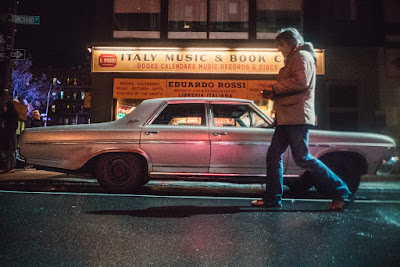 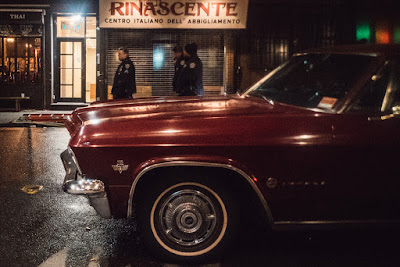 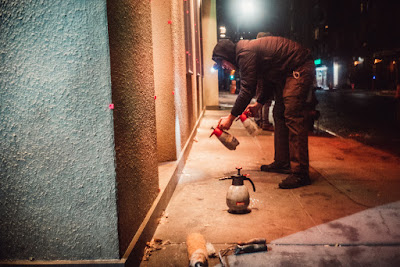 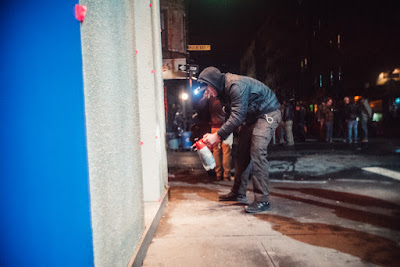 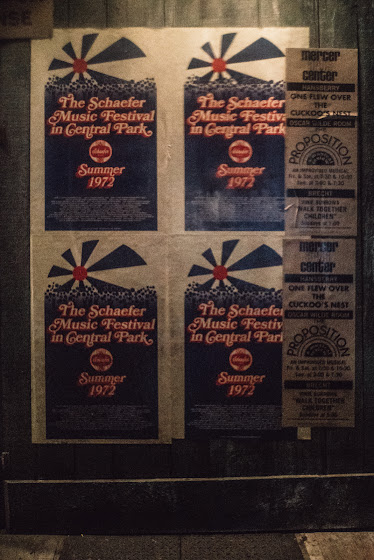 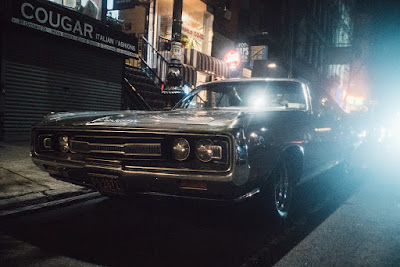 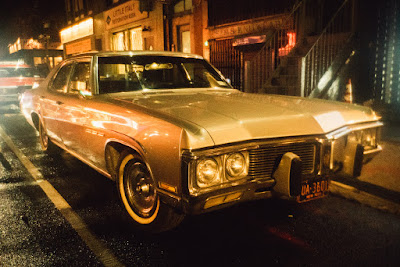 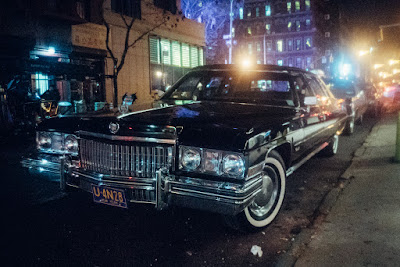 Amazing photos! I hope the film is as beautifully composed!

Not an "Irishman" in the entire cast.

I'm sure it will be as good as Goodfellas. Man, what a cast!

Unfortunately, that neighborhood was gentrified starting in the 90s and looks and feels nothing like it did in the 1970s. I lived there from 1974-1989.

Director and screenwriter Jonathan Hensleigh made an excellent film about the Cleveland legendary Irish mobster Danny Greene, called "Kill the Irishman." One of the best films ever made about the mob. The New York version sounds by its title like a near copy.

gorgeous. can't wait for this movie.

Up thread Anonymous said...
Not an "Irishman" in the entire cast.

Robert De Niro"s father was half Irish and half Italian, so he's got Irish blood in him and he's playing the Irishman.

Looking at the set posters promoting the Schaefer Music Festival in Central Part scheduled for Summer !972, I'm guessing that Mr. Scorsese and team were shooting the arrival and then death of Crazy Joe Gallo at Umberto's Clam House on the early morning of April 7, 1972. Hopefully Bob Dylan's Joey will be swirling over the scene.

After the epic meltdown of Scorsese's TV series Vinyl, which was cancelled by HBO after one season, I am betting that this will be one ome of his best movies ever. Ray Romano was amazing in the show and I can’t wait to see him in another dramatic role again. Bobby Cannivale has made a nice comeback this season on Mr. Robot. This cast is incredible and it will probably be the last time they are all together. Bring it Marty, bring it.

Is Umbertos in Little Italy gone?

I'm gonna guess "the Irishman" is a Philly based hitman who on his deathbed claimed to have put Gallo and Hoffa under... his life story is recounted in the book "I Heard You Paint Houses" which is the first thing Hoffa supposedly said to the guy decades earlier - the book : http://amzn.to/2z9kblt