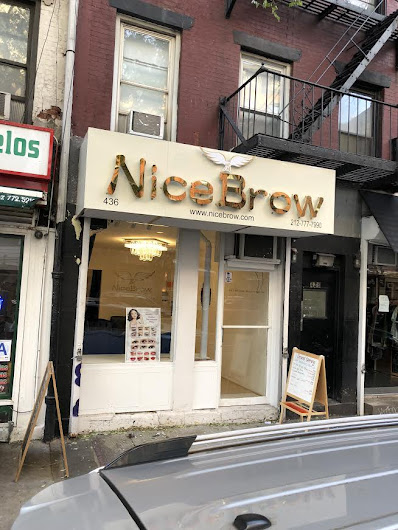 NiceBrow is now open at 436 E. Ninth St. between Avenue A and First Avenue, as these photos by EVG Eyebrow Correspondent Steven show.

The salon offers a variety of services, including the namesake NiceBrow — "a permanent makeup method" ... and they are offering some Grand Opening specials... 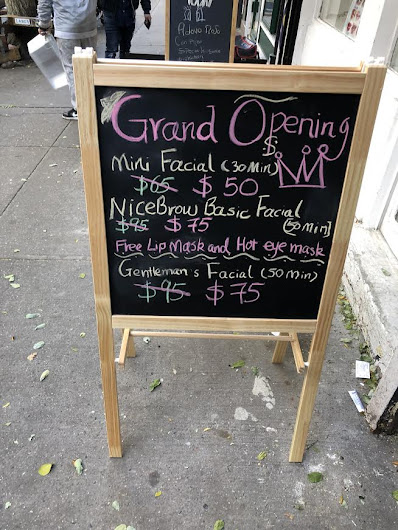 NiceBrow's methods were originated around the 19th century in China. By 2010, these methods had rapidly became very popular in East Asia and Europe. As the techniques had matured over the years, it had undergone many enhancements and had deemed safe and sounded. We believed that this approach is going to transform the entire cosmetic industry, the same way that Amazon.com had transformed the retail industry.

The previous tenant here, Love Gang, the women's boutique, moved two storefronts to the west back in May.
Posted by Grieve at 4:01 AM

Email ThisBlogThis!Share to TwitterShare to FacebookShare to Pinterest
Labels: NiceBrow

I may be wrong but that permanent cosmetic technique sounds like a tattoo around the eyes. I'll stick to mascara.